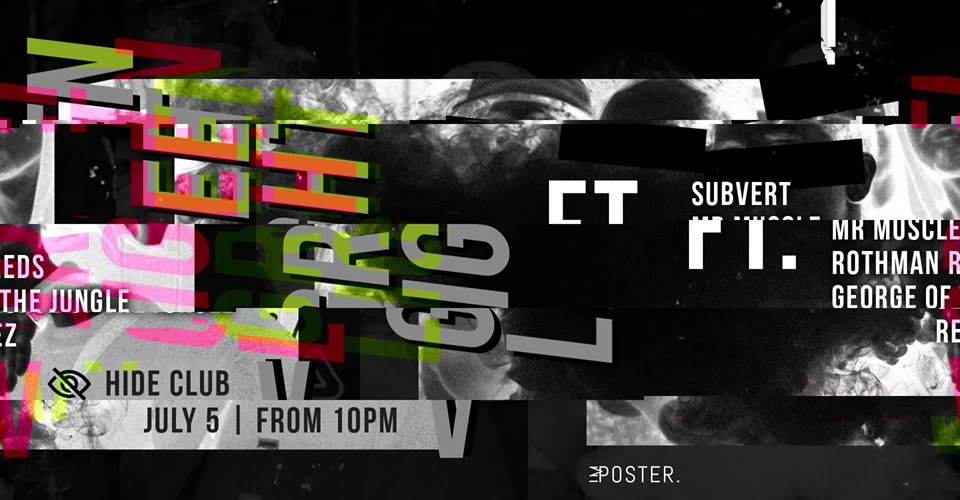 Fast and Furious 5 was arguably the series best film. Chernobyl (currently the greatest television show of all time) was a 5-part series. The Vodafone Warriors finished 5th in a blinder of a season in 2010 and haven’t done any better since.
It’s fair to say the number 5 is a pretty good number in entertainment, so why not make the fifth time just as special as the first?

5 hours, 6 DJ’s, 7 Venues*
*one venue
We are honored to be the to give HIDE club the trademark Brand+New treatment, it’s in the same spot as Empire used to be, it just looks better, sounds better, and you’re less likely to hear wagon wheel (we can’t guarantee anything)

Featuring bad boys SUBVERT, MR MUSCLE, ROTHMAN REDS, GEORGE OF THE JUNGLE B2B ALTERED STATE and REZ, we are in for an absolute howler.

No Cats allowed (Mike is allergic)