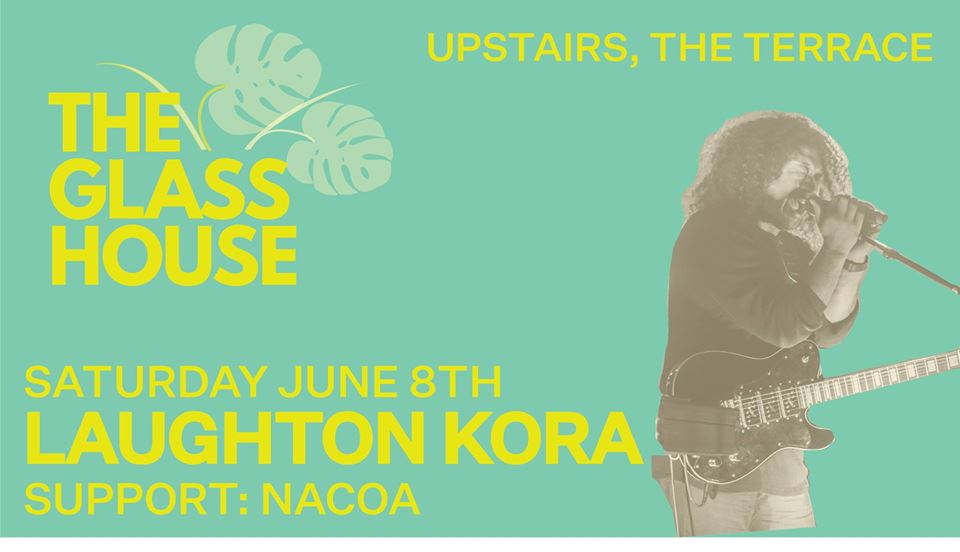 Laughton Kora joins us this Saturday, upstairs at The Terrace for a night of quality New Zealand music. Expect to be taken on a journey of electronic funk with that will tantalise the ears, move the body and leave you wanting more.

With his incredible voice and immense talent, Laughton has been at the forefront of New Zealand music for over the past decade. Laughton performed at The Big Day Out 3 times and featured alongside Tool & Dizzee Rascal. Other performances include; the Vodafone Music Awards, WOMAD UK, WOMAD Aust. & WOMAD NZ. Crazy P, Cabaret Voltaire, Fat Freddy’s Drop, Shapeshifter & Shihad. He toured Australia consistently and played Pyramid Festival, Sydney Festival, Stone Festival, FreshFest, Playgorund & Quicksilver ProShow 2009. He has performed at Koko’s in London, UK, Ireland & Scotland with Crazy P & Norman Jay. Other overseas tours include Japan for 2 Tokyo shows, performances in Minakami and Habuka in early February 2010 and Mosaic Festival in Singapore. In the USA, a full West Coast Tour including Sierra Nevada Music Festival.​

Christchurch legend Nacoa lays the groove down earlier in the evening.

One not to be missed!