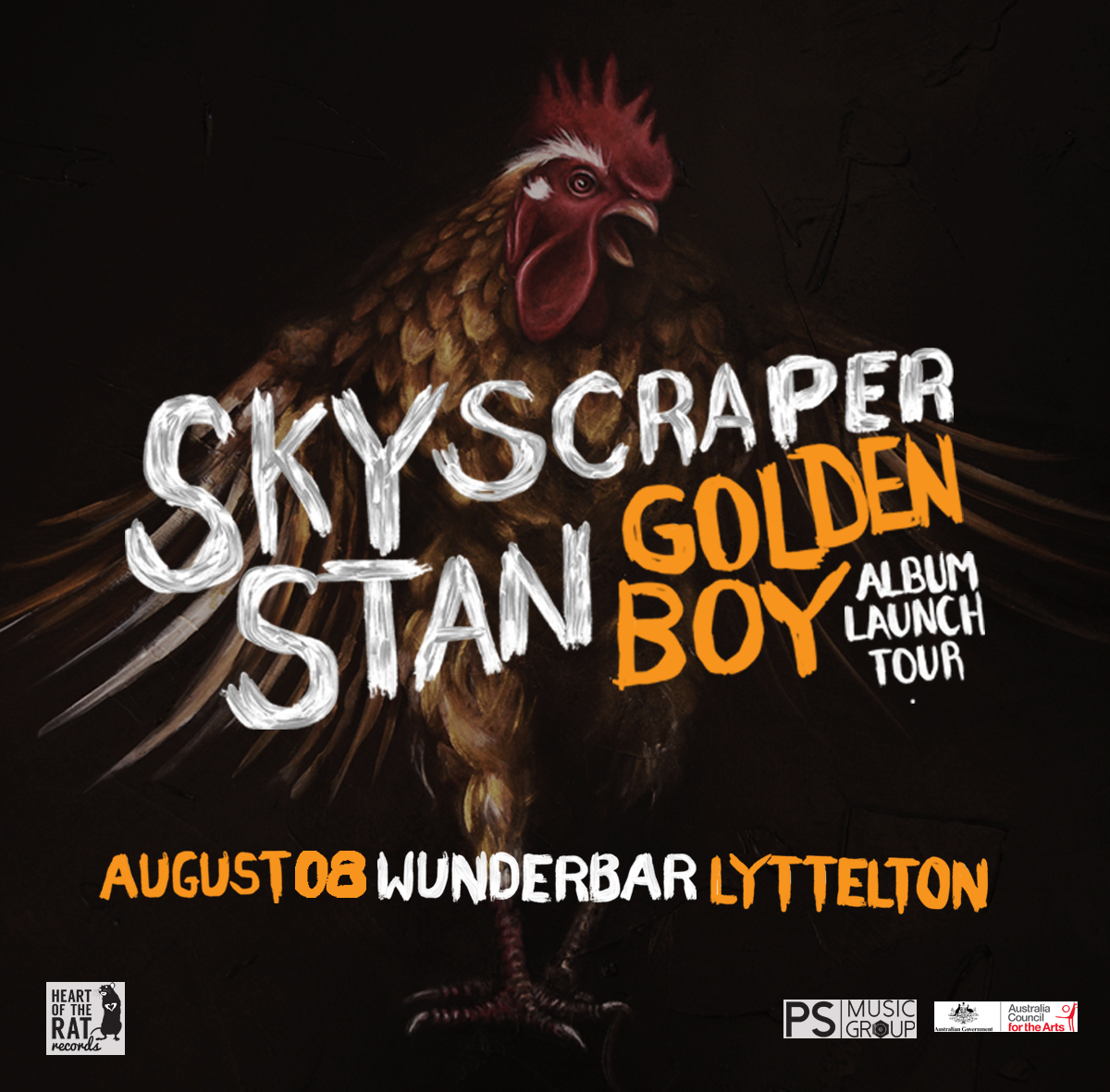 Revered for his piercing observational lyricism and thrilling live performance Stan has once again teamed up with long time touring band the Commission Flats and engineer/producer Richard Stolz (Paul Kelly, HUSKY) to create a rollercoaster of a record.

Following on from 2015’s Last Year’s Tune, Golden Boy is tender, angry, introspective and political over the course of its 10 tracks. Split into two 5 track volumes the full length LP first tackles themes of privilege, masculinity, crime and ambition before moving into an introspective and autobiographical exploration of lessons learned (or not).

Over July and August Skyscraper Stan and the Commission Flats are touring Golden Boy through VIC, NSW, SA, QLD, WA and NZ with fifteen opportunities around Australasia to see and songwriter and band at the top of their game.