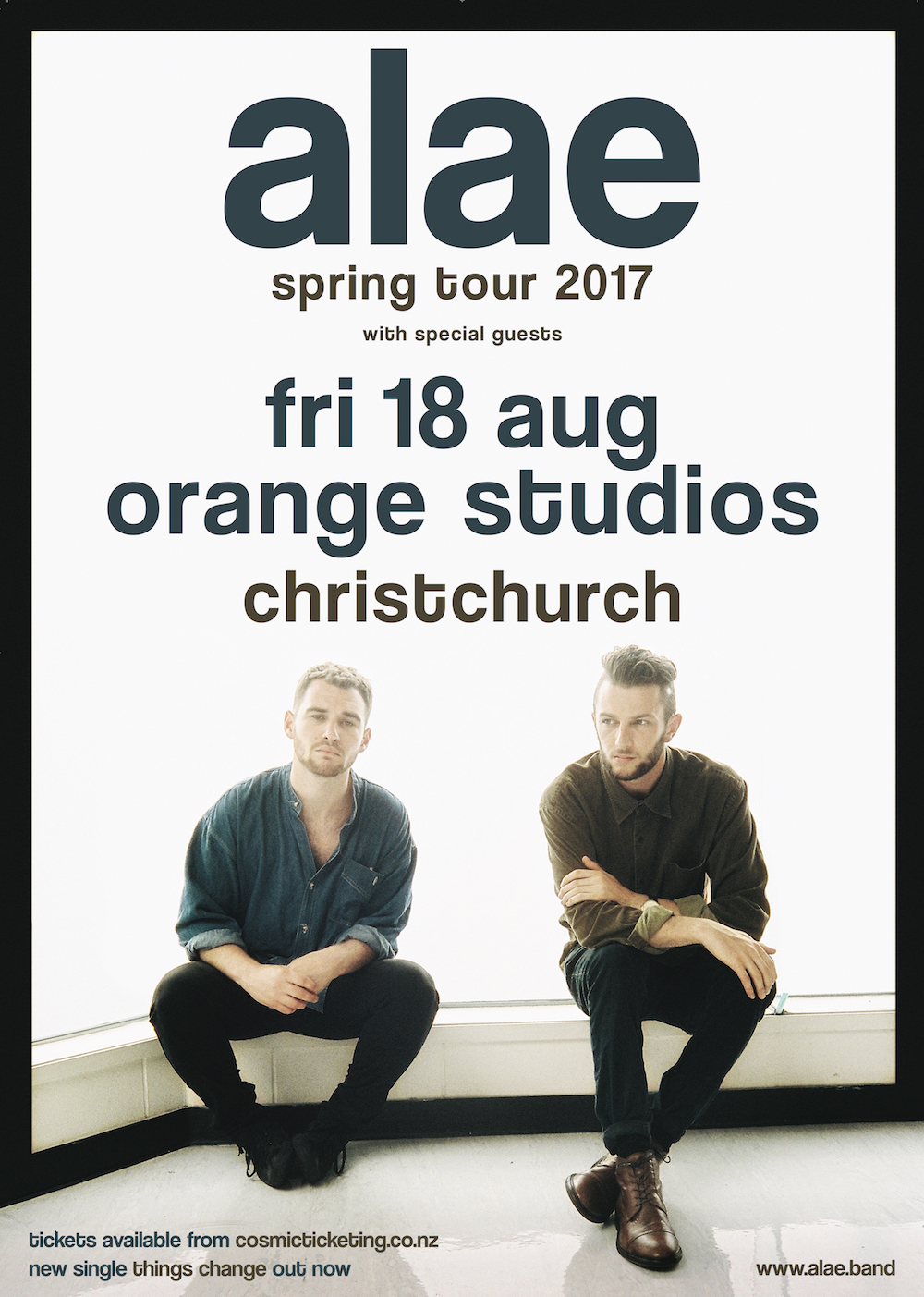 Auckland band Alae are returning to Christchurch’s Orange Studios after a fantastic sold out show in early in 2017.
The band are touring New Zealand and Australia in August and Septmber off the back of their new single ‘Things Change’. This show will be a chance to hear Alae’s new songs they have been writing for their debut album out in 2018.

This is Alae’s only Christchurch show before the end of the year so get in early as their are only a hand full of tickets available.

alae. It’s a name that might not mean a lot to you right now. But that will change. They are an emerging, local band with a world class sound that needs to be experienced to be un- derstood.   alae is what you get when you mix Alex Farrell-Davey and Allister Meffan; two old high school mates who are talented musicians in their own right, but when they come together, it’s something else entirely.   alae aren’t the status quo, they’re not sugar-coated or created in a lab – they got together because, for them, jamming together just feels right. And you’ll feel that in everything you hear.