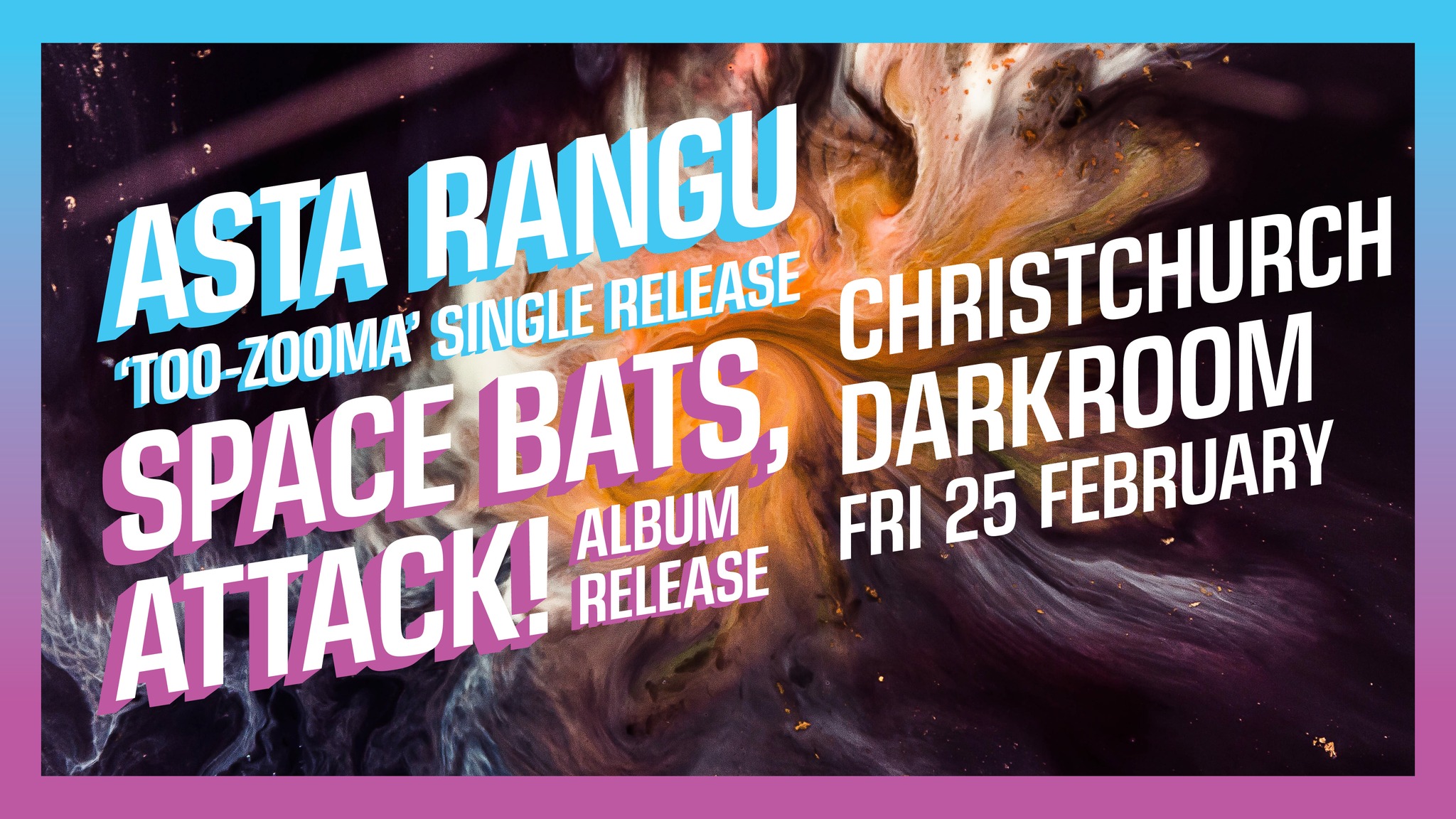 In the past 18 months, Asta Rangu have played a string of high-profile support slots for household names such as The Beths, The Chills, Ha The Unclear, Marlin’s Dreaming, performed at Welcome to Nowhere 2021 and co-headlined an extensive and fruitful national tour with fellow Ōtepoti band Males.

Since February 2021, Asta Rangu has likewise released standalone singles ‘I Dream’ and ‘Nico’, two highlights from their touring set. Their new single ‘Too-Zooma’, out in February, is the first from the band’s debut album, which is currently being engineered and produced by Marlin’s Dreaming lead guitarist De Stevens.

Accompanying Asta Rangu on the national tour is sci-fi-soaked post-rock collective Space Bats, Attack! With live shows few and far between, though amassing a cult following due to their formidable performances, Space Bats, Attack! will be performing for the first time since releasing their eagerly-awaited sophomore album Oort, released in August 2021.

Initially recorded in 2016 at Dunedin’s now-defunct performance space and artist hub, The Attic, the album was painstakingly crafted from extensive improvised jams, whittled and recast from across the globe into 40 minutes of dynamic, exploratory, and intricate celestial riffage.

Together, the bands will play in New Zealand’s four main centres this February, accompanied by a host of yet-to-be-announced local guests.
This tour is made possible in part by the New Zealand Music Commissions Aotearoa Touring Fund.