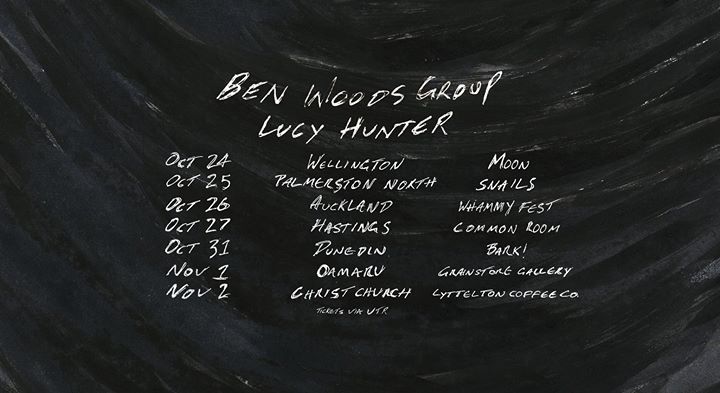 Ben and Lucy have both cemented themselves in New Zealand’s independent music scene in their own right.

Lucy is known for her all consuming gothic ballads, often concerning twisted desire, the human anatomy and disease. Over the last decade or so she has released records and performed throughout NZ and the US with her band Opposite Sex, who’s last stunner of a record ‘Hamlet’ was released with Christchurch’s Melted Ice Cream, along with Andrew Savage of Parquet Courts’ Brooklyn based label Dull Tools. She’s also in the process of releasing her first solo record, along with another album with her newest band ‘Wet Specimen’.

Ben Woods’ music exists in a limbo between considered lo-fi sounds and tuneful emotional verse. ‘PUT’, funded through pulling pints alongside loaning his body to medical science, is his first collection of music under his own name. Ben has embarked multiple widespread DIY tours of New Zealand with his live act, which is comprised of interchanging musicians from around the country. His last stint around the country was as support for Lyttelton pagan-folk hero Aldous Harding, as well as performing at The Others Way Festival.

The tour sees them both wending their way up the North Island making their way to Whammy Fest in Auckland, spending Halloween in Dunedin, then returning home for a show at Lyttelton Coffee Company.