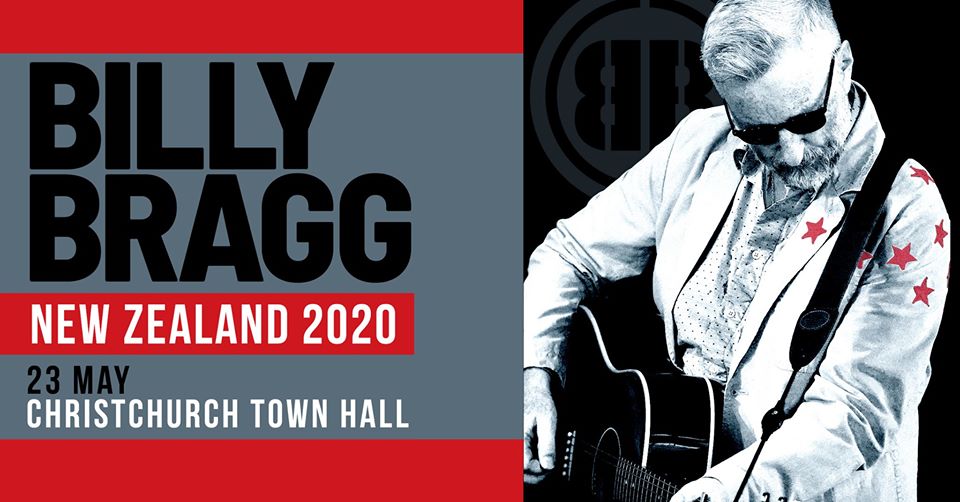 Supa Dog Touring is thrilled to announce that Billy Bragg will play Christchurch’s Town Hall on Saturday 23 May 2020.

Tickets are on sale now from Ticketek New Zealand 🎟 http://bit.ly/BillyBraggChCh

Billy Bragg has been a fearless recording artist, tireless live performer and peerless political campaigner for over 35 years. Politicised by a Tory government operating without love or justice, this previously adrift young man from Barking, whose failure at national exams had reduced his career opportunities to two, eventually bought himself out of the British Army in 1981 (‘the best £175 I ever spent’), determined to make a living out of song.

Governments rise and fall, fashions come and go, pop stars are built up and knocked down by a fickle media, and Billy Bragg adapts to survive: the one-time Luddite and failed handyman has embraced New Media and engages with fans directly via Facebook and Twitter, uploading songs when a headline strikes. His enemies remain essentially the same: craven politicians, inhumane corporations, plus assorted racists, fascists, bullies, reactionaries and people with floppy fringes.