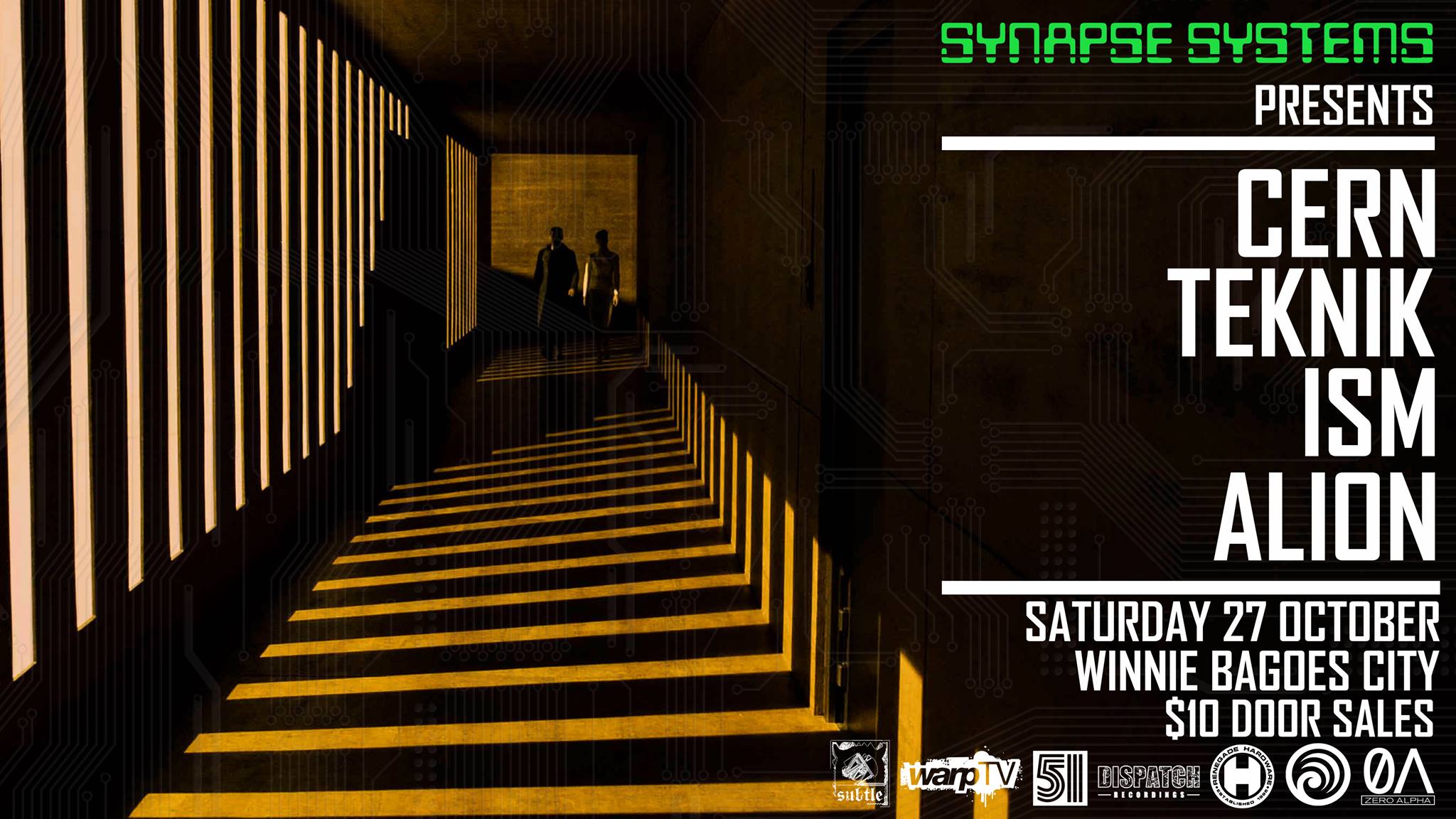 Over the past decade, the name Cern has become synonymous with the deeper, darker side of drum & bass, with more than 50 releases on some of the most progressive, boundary pushing labels in the scene including Dispatch, Project 51, Renegade Hardware and Samurai Music.

New Zealand-born Cern continues to forge new and interesting ways to approach the genre, through his own intricate production style as well as collaborations with some of the world’s top drum & bass artists. A recent release on Metalheadz alongside Onemind & Hydro, and his latest EP on Dispatch, show the true breadth of what Cern can accomplish in the studio.

Cern’s DJ sets are always funk-laden, as he seamlessly weaves together old-school and new drum & bass to deliver a true dancefloor experience.

In 1999, a young Nick Driver ventured into his first drum and bass event, entering the venue as an electric guitar-playing rock kid and emerging many hours later with his imagination completely captured by the new sonic universe he had just experienced.

Within days he was teaching himself the basics of electronic music production on some newly-acquired primitive music software, curiosity soon giving way to utter obsession.

After meeting some like-minded local artists in the form of Pylonz, Kaps and a fledgling young live drum and bass act known as Shapeshifter, it was only two years since he first discovered drum and bass that Teknik’s debut local independent releases emerged.

These early releases paved the way for further collaborations with fellow Kiwi producers The Upbeats, Bulletproof, Cern, Dose, Menace and Trei and a string of international releases on a diverse array of esteemed labels including Renegade Hardware, Project 51, Commercial Suicide and Soul:R amongst many others.

With nearly two decades of experience in the studio and the DJ booth, you can anticipate an adeptly arranged auditory adventure on the dancefloor with a sprinkling of sonic surprises along the way.

It’s been a long time since that rave in 1999, but Teknik’s passion for drum and bass still burns as hot and heavy as the sound he has become known for, and he is always willing to prove it.

ISM, aka Harry Bretherton, Soulware, Organikismness, MNE, Return of the Moa, Dirty Harry, founder of Organik_Audio and Tidal Creek Festival.
As an artist he is one of New Zealand’s unsung heroes, maintaining an original forward thinking flavor at the cutting edge of the Bass music scene. As a musician or producer, he is known by many as one of the most consistent and prolific producers to surface in the last 20 years with what is likely the largest and most varied back catalog of music for someone of his age any where in the world. As in performance an ISM set delivers 100% original material, every time. A full spectrum musical journey which breaks the molds and stereo types of genres. A sound that is nearly impossible to categorize but is always distinct.
Drawing from a wide inspiration of music and 20years of playing and making beats, Ism is a listening experience that traverses drum and bass, jungle, dubstep and hip hop. Rolling seamlessly through Heavey, deep, dark, lush, experimental, liquid vibes.

Representing Totally Roasted Digital, Alion is a die hard enthusiast and artist of electronic sound, music and culture.
Ali spent her formative years passionately embraced in the heart of Aotearoa’s digital underground. This small town girl has been fooling around in the mix since before the Spice Girls were a thing. Known to be unpredictable as fuck.