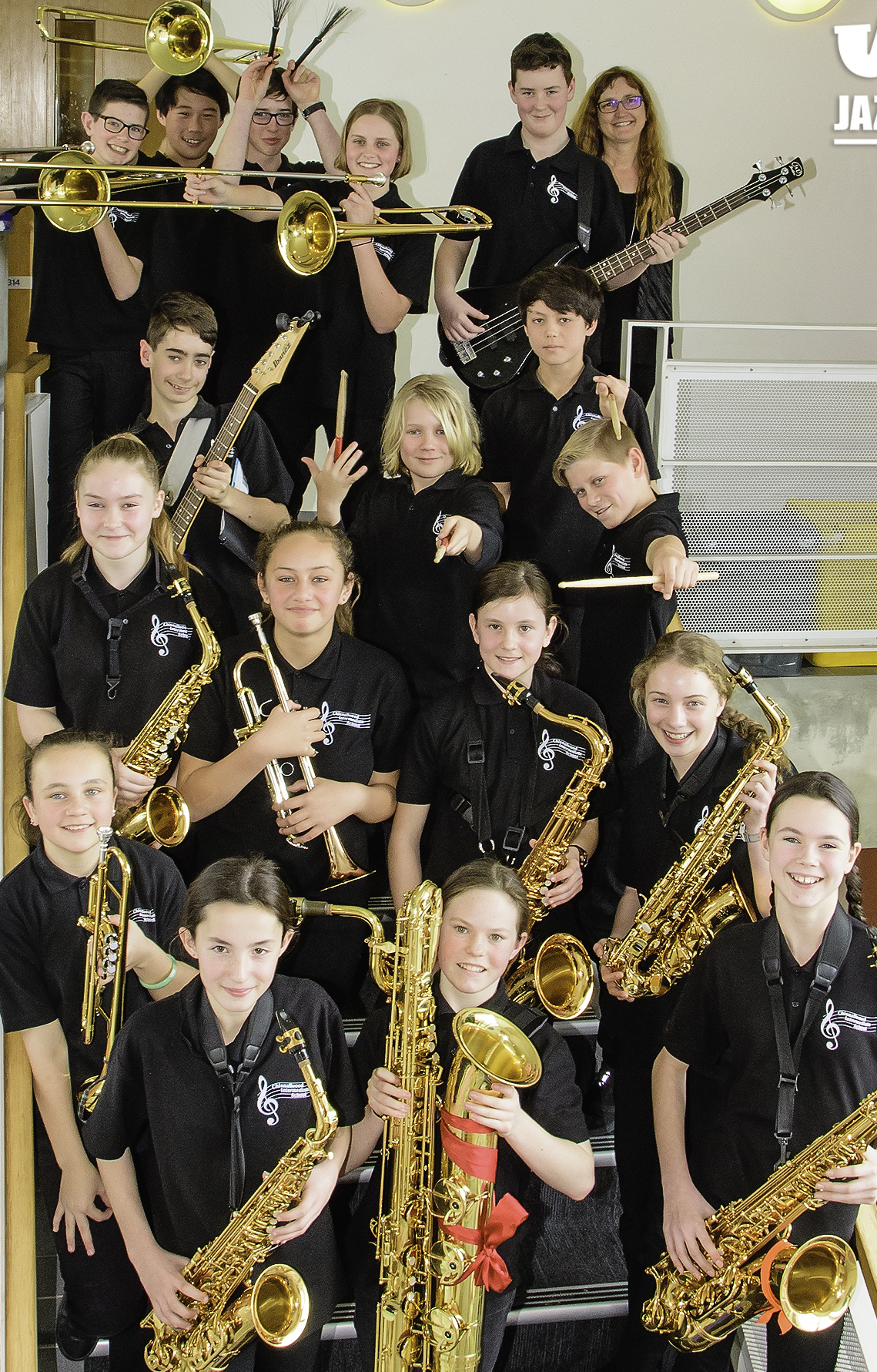 The Chisnallwood Jazz Band is made of year 7-8’s, or Form 1 and 2s for those who remember those days. So the ages range from 10-13 years old. Tonight we have the 2018 band – we are lucky to have our graduated members back who are now in year 9 at high school to join our year 8s. We also have a brand new year 7 member who has just been playing sax for a few weeks.
This Chisnallwood jazz band were lucky to play at JazzQuest last year, an event mainly for high schools held here at ARA, where they were overjoyed to receive a gold award. They also enjoyed a fabulous tour to Dunedin and Oamaru where they played at the Steampunk Festival and for gave educational school concerts. They played for a few special events such as the Big Band Festival, the opening of the City Promenade, Santa Parades and NZEI teacher graduation. They have played in the rain, in the sun, on trucks and played wearing steampunk goggles. The band has recently been invited to play in China in July. Many of the members of this band are going there to represent Chisnallwood and NZ in a youth summer music festival in Shanghai.