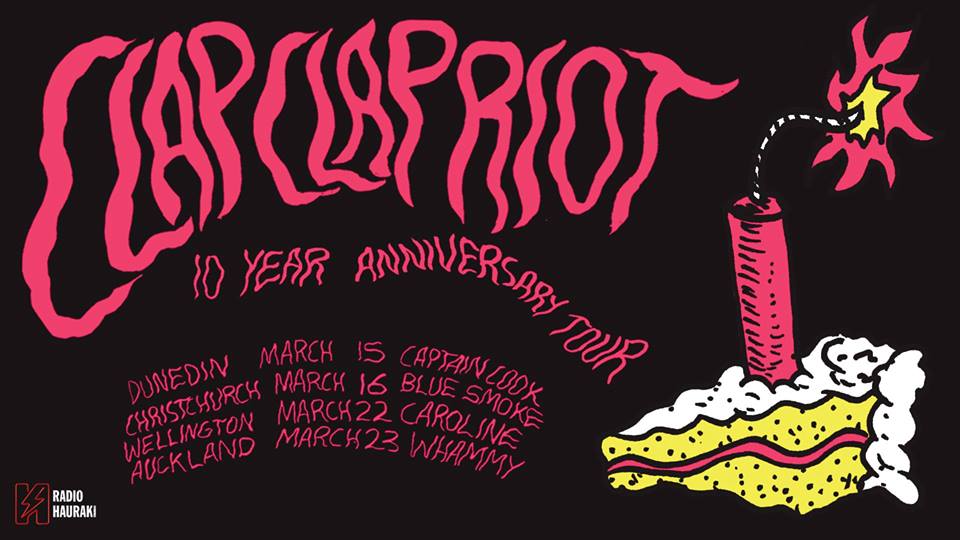 Indie rock darlings Clap Clap Riot are pumped to announce their ​10 Year Anniversary Tour​, which will cover top to tail of New Zealand this March.

Started in Canterbury by a group of high school friends, the dynamic five-piece solidified their place as a kiwi staple over a last decade with one EP, three full-length albums, a string of NZ music award nominations, and countless live shows with the who’s who of local and international acts.

As part of the tour, fans will be taken on a journey through all the hits and lesser known delights, plus hear new material from a forthcoming release which is currently being recorded with Tom Healy at Auckland’s The Lab studio.