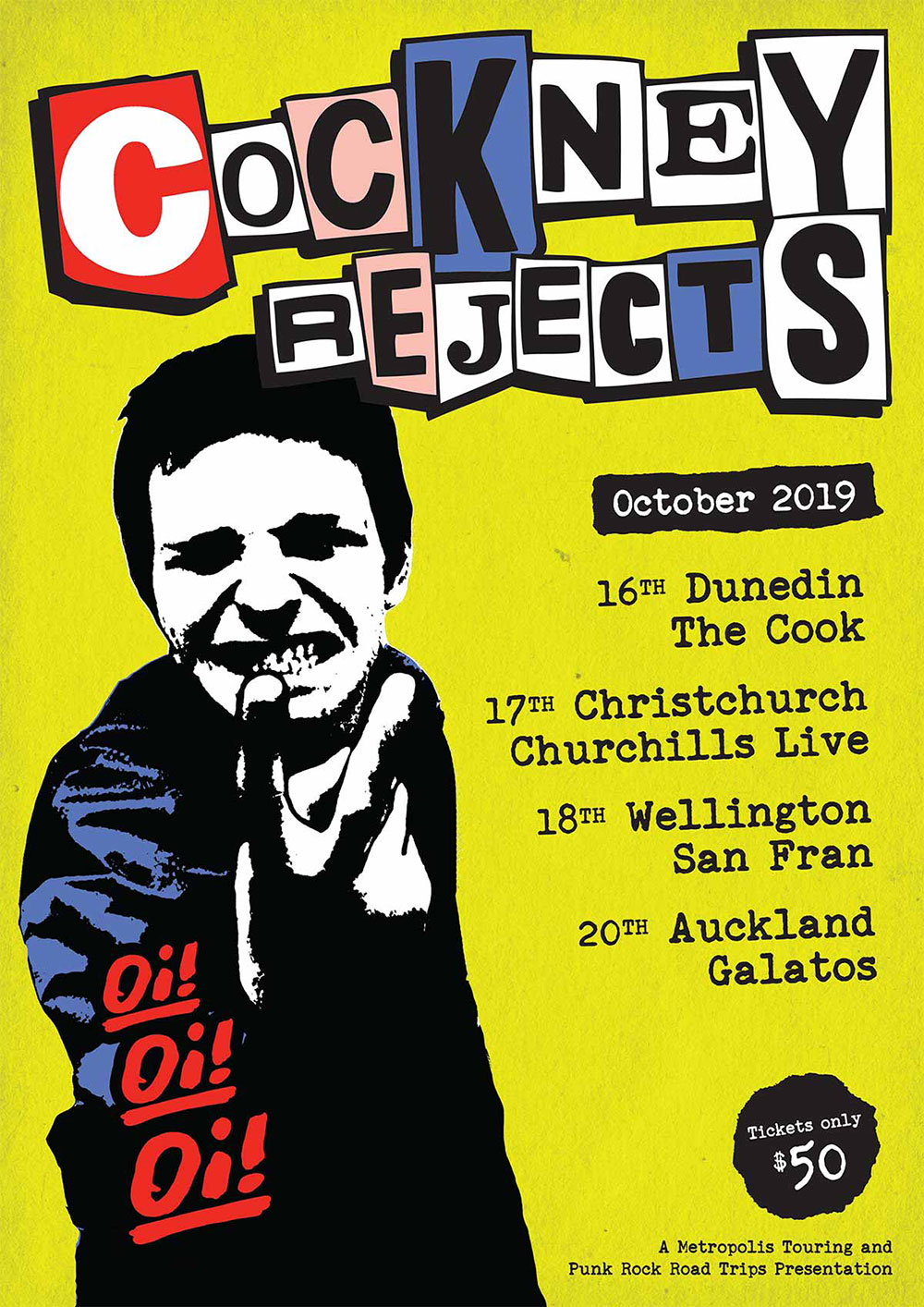 Rarely in the long history of British rock’n’roll has there been a story of such depth, magnitude and sheer turbulence as that of the Cockney Rejects. Formed in late Seventies East End London by brothers Jeff and Micky Geggus, their 1980 song “Oi, Oi, Oi” was the anthem of a generation and the inspiration for what would become the Oi! / Street Punk Music genre.

In over 35 years of existence the Cockney Rejects have penned numerous classic songs such as “The Greatest Cockney Ripoff”, “I’m Not a Fool”, “Bad Man”, “War on the Terraces”, “Police Car” that have helped define and shape the Street Punk genre.

The Rejects have headlined countless shows and festivals, and in 2012 they were the subject of a feature length documentary, ‘East End Babylon’. So it could be said theyve done it all, well almost all that is except they have never played on New Zealand shores.

This October sees this all about to change with a full length tour of New Zealand announced in what promises to one of the most anticipated tours of its kind to hit down under in years.

Join the Rejects- You won’t have a better night out all year!