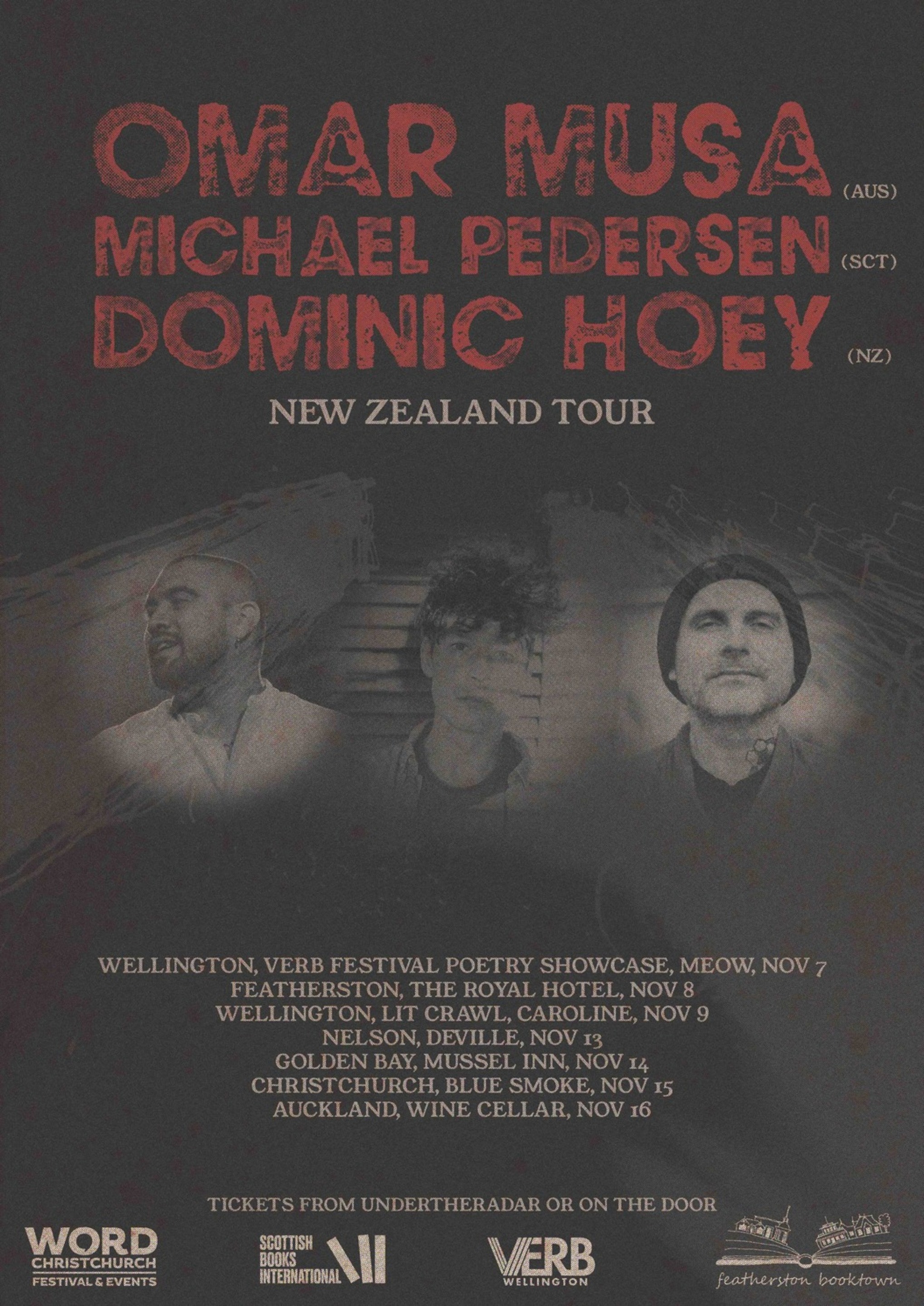 Omar Musa (Queanbeyan, AUS), Michael Pedersen (Scotland) and Dominic Hoey (NZ) have joined forces for a one-off, no holds barred, powerhouse of poetry.
Omar Musa is a Malaysian-Australian author, rapper and poet from Queanbeyan, Australia. He has released four hip hop records, three poetry books his debut novel “Here Come the Dogs” was long-listed for the International Dublin Literary Award and Miles Franklin Award and he was named one of the Sydney Morning Herald’s Young Novelists of the Year in 2015.

Michael Pedersen is a prize-winning poet, writer and animateur who has read all over earth. He has published two successful chapbooks and an acclaimed debut collection Play With Me (Polygon). His second collection, Oyster, surfaced in 2017 with and was illustrated by and performed as a live show with Frightened Rabbit’s Scott Hutchison. He hosted the smash hit event The Neu Ōtautahi Incident at last year’s WORD festival, and was one of the guests from our featured country, Scotland.

Dominic Hoey is an author, playwright and poet based in Tamaki Makaurau. His debut novel, Iceland was a New Zealand bestseller and was long-listed for the 2018 Ockham Book Award. His new book of poetry I Thought We’d Be Famous is out on Dead Bird Books October 24th.

With thanks to Verb Wellington and Scottish Books International