Down the Rabbit Hole 3 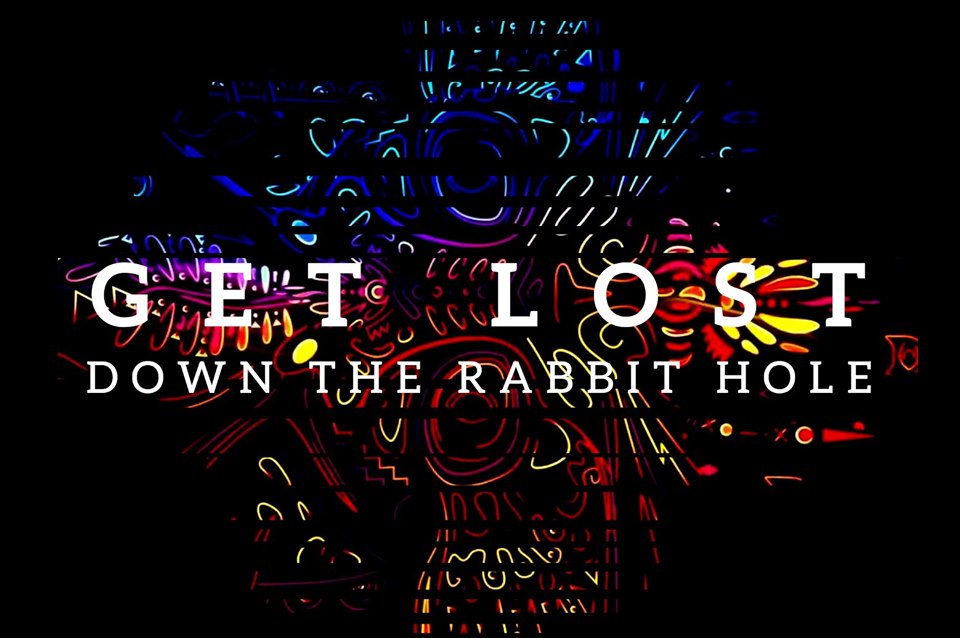 With support from the Get Lost resident DJs Absolem and Subminimal.

Dj Pie:
Hailing from the land of the long white cloud Simon T aka Dj Pie has been spinning the wheels of steel since the early 90’s.
He gained a lot of experience by playing through many genres including Old Skool Rave, Happy Hardcore, Funky House, Breaks, Progressive, and Full On Psy Trance.
Although never producing, Pie is not just a Dj but a collector and scourer of music, a tinkerer, a playlister, and with that he has a unique ability to slot in anywhere at the party.

Mixing style preferably is deep and furious, often at times going so deep that before he realises it, he is several meters below the party coverting with aliens in their spaceship (usually taking tea and milk and biccies if they are on offer) before a serious bassline snaps him back to his chosen reality.
Having grown up on high energy underground rave music, Simon was playing Nu Skool Breaks when Big Dave first broached him with the urgent news that there was a serious shortage of Full On Psy being played in New Zealand, and that he would be doing his civic duty by joining Phat Productions and slamming out decent Full On Psychedelic at parties in Nz.

Pie quickly immersed himself in the scene, finding a true bond with the high energy Full On Psy sound. Not expecting it to take his breath away, a decade has now passed and Pie has now cemented himself at the core of Phat Productions. Using the parties to satiate his absolute love of playing that Full On sound through the Opus, Pie has been honing and refining his sound to keep the flexibility to allow him to blast all day and all night. Pie has played at nearly every Phat Productions party since its inception, and in the last 3 years he held a Saturday Night Live residency on ‘Psydetrackd’ Psy Trance Radio blasting out to a world wide audience. He has a good following on Mixcloud with over 100 Full On Psy Trance mixes to listen to.
Check https://www.mixcloud.com/simontowers/ & join him at the next party for tea and biccies with the aliens.