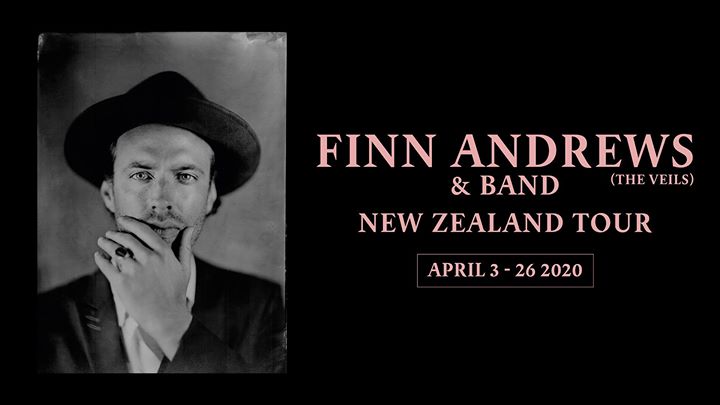 Finn Andrews (The Veils) has announced a six-date Autumn tour of Aotearoa, New Zealand this April.
﻿﻿The tour includes four full band shows, and two solo performances. These include a Sitting Room Session in Hawkes Bay alongside acclaimed songwriter Lawrence Arabia, and support for the Auckland show from the beloved and mystical Carnivorous Plant Society.
Other guests to be announced.

Since releasing his critically acclaimed debut solo album One Piece At A Time in early 2019, Finn has toured extensively playing churches and town halls throughout the UK, North America & Europe, and is now bringing the tour back to New Zealand. ﻿﻿﻿The album featured the singles One By The Venom, Stairs To The Roof, and A Shot Through The Heart (Then Down In Flames). It was co-produced by Tom Healy at Auckland’s The Lab and features contributions from Cass Basil & Alex Freer (both of Tiny Ruins), Reb Fountain and Nina Siegler on backing vocals, and string arrangements by Victoria Kelly.