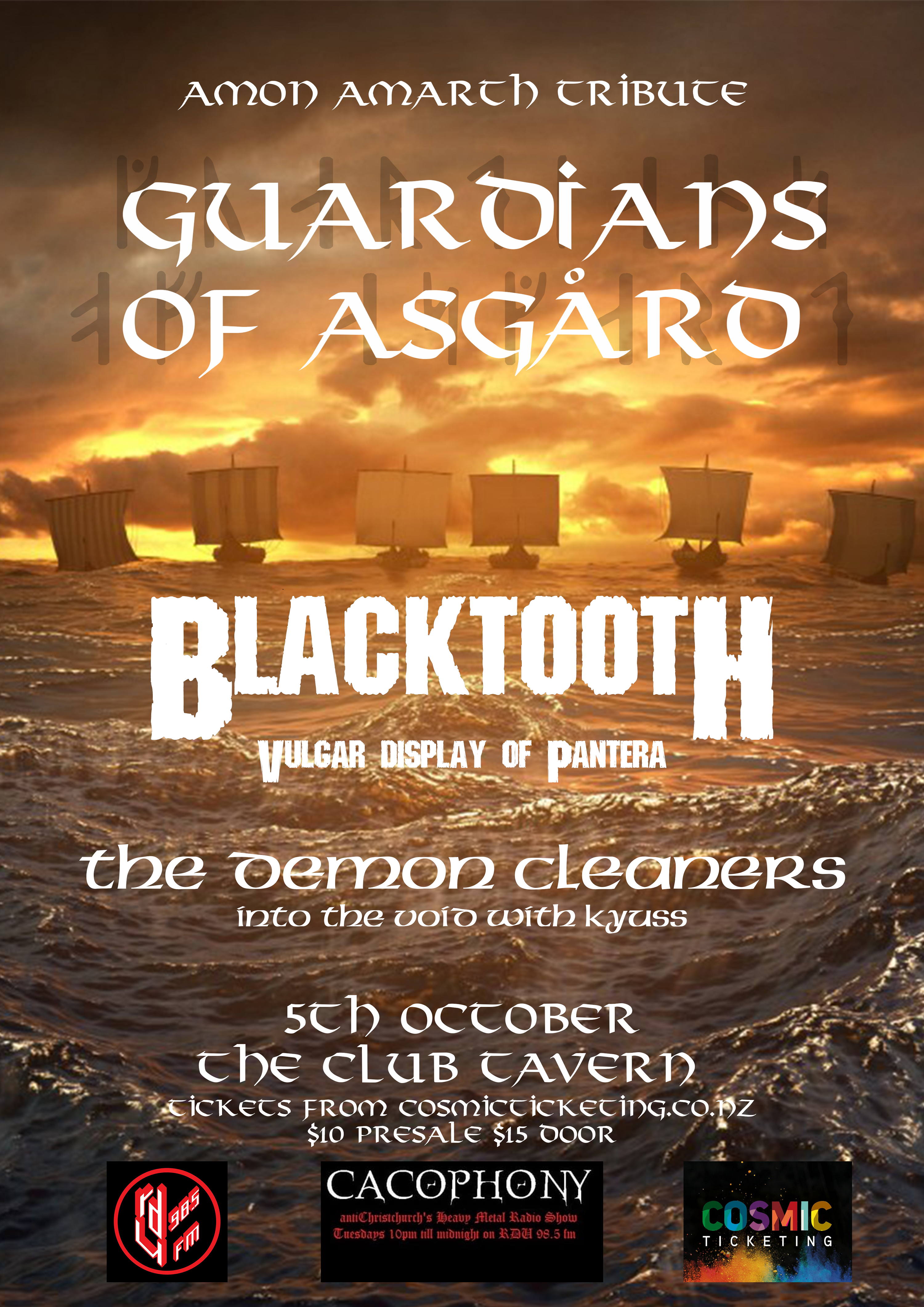 In homage to one of the world’s premier melodic death metal acts, GUARDIANS OF ASGÅRD will deliver a high impact set of Amon Amarth songs spanning across their expansive discography. Expect bloodsoaked tributes to Norse Gods, battles with mythic monsters, and the living evisceration of our enemies. The wait is soon at end – RAGNAROK IS CLOSING IN!

In support, providing a vulgar display of Pantera is BLACKTOOTH. With all the momentum of a primal concrete sledge, these cowboys from hell will undoubtedly leave you holding your mouth for a war.

And finally as the circus leaves town, the collective of desert groovers known as THE DEMON CLEANERS will be kicking the night off with a love song to the green machine known as Kyuss.

Expect a high impact night of tribute mania, at the ever-welcoming Club Tavern, and a spectacular lightshow provided by Mothman Lighting!

Doors open at 8pm, with the first band kicking off at 9pm.
Presales $10+BF via Cosmic Ticketing
https://www.cosmicticketing.co.nz/event/show/5915
Door sales $15

Turn up your mondo generator, smash through the cemetery gates and raise your horns to a raging night of heavy music!