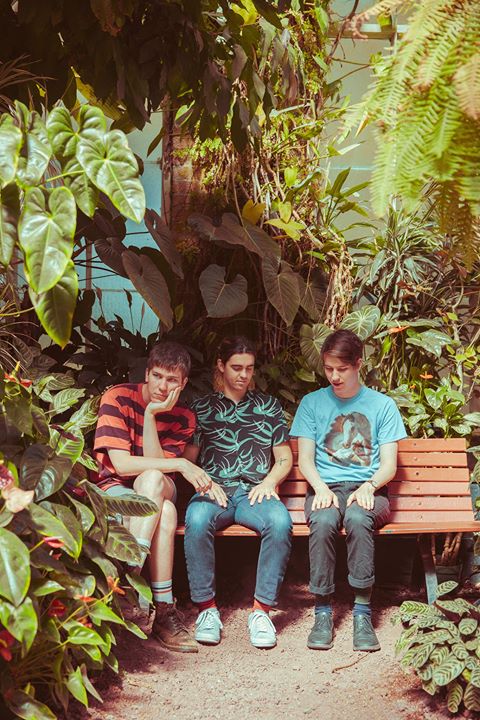 To celebrate the first flowers of Spring, Hans Pucket have decided to get out of the house and go on their most extensive tour of New Zealand to date.

It’s a welcome return for longtime fans of the band, or just those wondering what all the fuss is about. Hans Pucket’s live show argues their case with famous spectacularity and a symmetrical stage picture of identical twins with a handsome drummer in the middle.

Halfway to finishing the followup to their brilliant 2018 debut album Eczema, they’ll bring new songs with new pop twists on heartbreak, anxiety and the stresses of modern life.

Earlier this year the band proved their chops on the international stage for the first time, playing both solo shows and supporting The Beths across UK and Europe. They’re eager to tour NZ, see their friends again, and have a Really Nice Time.

De-frost yourself and get on down to a venue near you for a Hans Pucket show this October.

Lead vocalist and guitarist Oli Devlin: “The three of us are split between Wellington and Auckland, so when there’s a chance to play live together the band gets to share a beautiful reunion and moment of camaraderie with the crowd”.

There’s also a poster colouring-in competition running! Send in entries to instragram.com/hanspucket to be into win a set of felt pens and a double pass to one of the listed shows.

“If you prefer your guitar pop with a wry and personal spin on the human condition, you could do worse than listen to Hans Pucket.” – (Nick Bollinger, The Sampler RNZ)