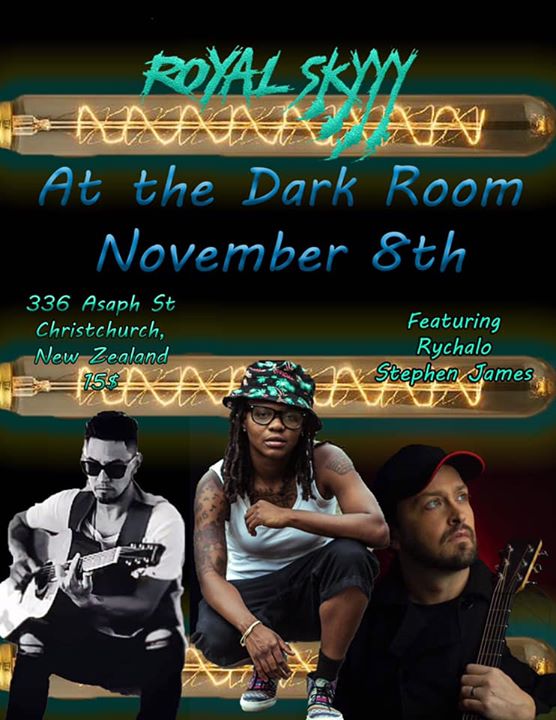 Unfortunately, due to a flight cancellation, Royal Skyyy is unable to make it to NZ for tomorrow’s show.

Apologies for any inconvenience caused.

With support from Stephen James and Rychalo.

ROYAL SKYYY
Royal Skyyy is a hip-hop artist who was born in West Palm Beach, Florida, before moving to North Carolina as a teenager, where she continues to be based to this day. Royal Skyyy writes hip hop that explores the age-old adage that “united we stand, divided we fall.”

RYCHALO
Christchurch based Rychalo (or Rick for short) has been performing his whole life in in various stage shows, musicals, and bands. He has toured extensively throughout New Zealand, and has performed at large charity events and festivals around the world. Rychalo is a one man band who builds music live in front of his audiences before adding vocals over the top – allowing him to perform with the sound of a full band.

STEPHEN JAMES
Stephen James is known for his unique music abilities, performing regularly as a competent and skilled drummer, guitarist, bassist, pianist, and vocalist. He also records and produces music in his own studio, and has played with a number of national and international acts.