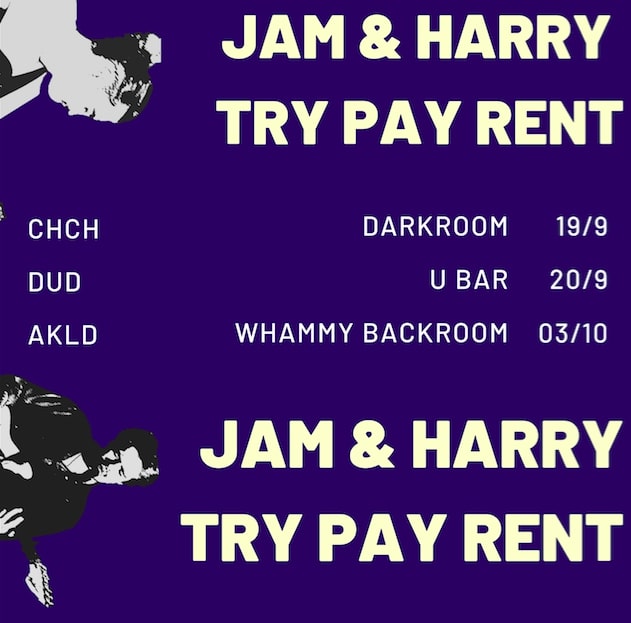 Jam Henderson & Harry Parsons are getting on the road together to try play some tunes and make some money to pay their rent.

UK born Harry Parsons has launched his career in Auckland, New Zealand.
Since his first release (LOST EP) in 2015, he has been producing, performing and embracing his art. Parsons makes his music in his room, and with various producers taking influence from his favourite artists. His choice of soundscapes, rhythms and lush melodies culminate into a fresh and unique outlook on pop music.
He’s also a live force to be reckoned with, playing countless festivals and opening for acts like Tash Sultana and Lime Cordaile.

With NZ on Air already funding his next single, Parsons is one up and coming act you don’t want to miss.

Jam Henderson is real-world music. Bringing together indie guitar lines and thoughtful writing, Jam (alias of Dunedin songwriter Sam Elliott) captures real thoughts and feelings and packages them into a smooth listening experience. Jam’s sound is reflective of the bedrooms, garages, sheds and studios the music is written and recorded in. He is joined full-time by Jade Zaia, Tom Sharp and Logan Burrell.