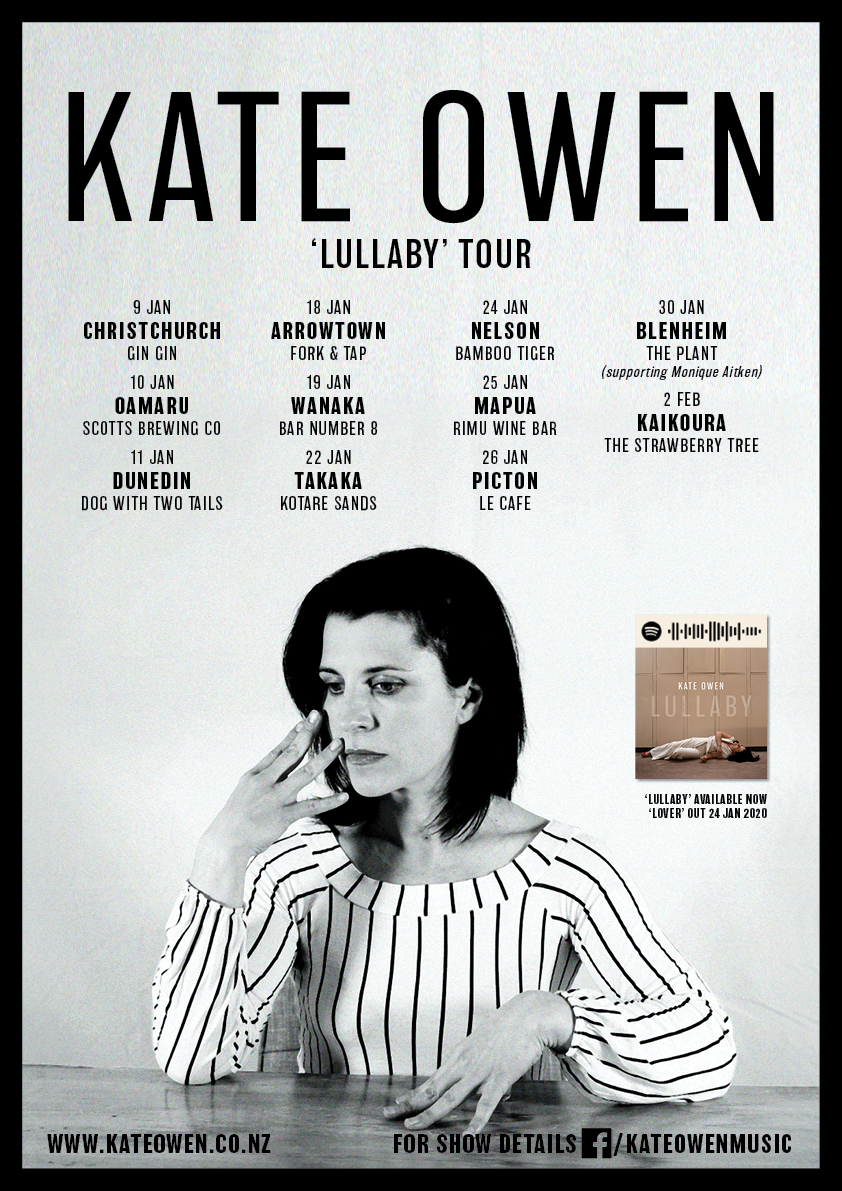 Kate Owen is venturing out on a summer solo tour to promote her new single ‘Lullaby’ off her upcoming album ‘Not A Proper Girl’ due out in March 2020.

With the wonderful Flip Grater opening the night (https://flipgrater.bandcamp.com),
this intimate gig at gin gin will kick off the tour.

ABOUT KATE OWEN
A singer with a poetic, restrained intensity, Kate Owen has been song-writing for 20 years and performing live for a decade, but until now has never recorded an album. Her sound ranges from stripped-back laments to 90’s pop anthems. Her debut album ‘Not A Proper Girl’ showcases Owen’s songs with rich textures including synth and strings, and strong rhythmic pulses from live kits to drums machines. Owen lives in Lyttelton.