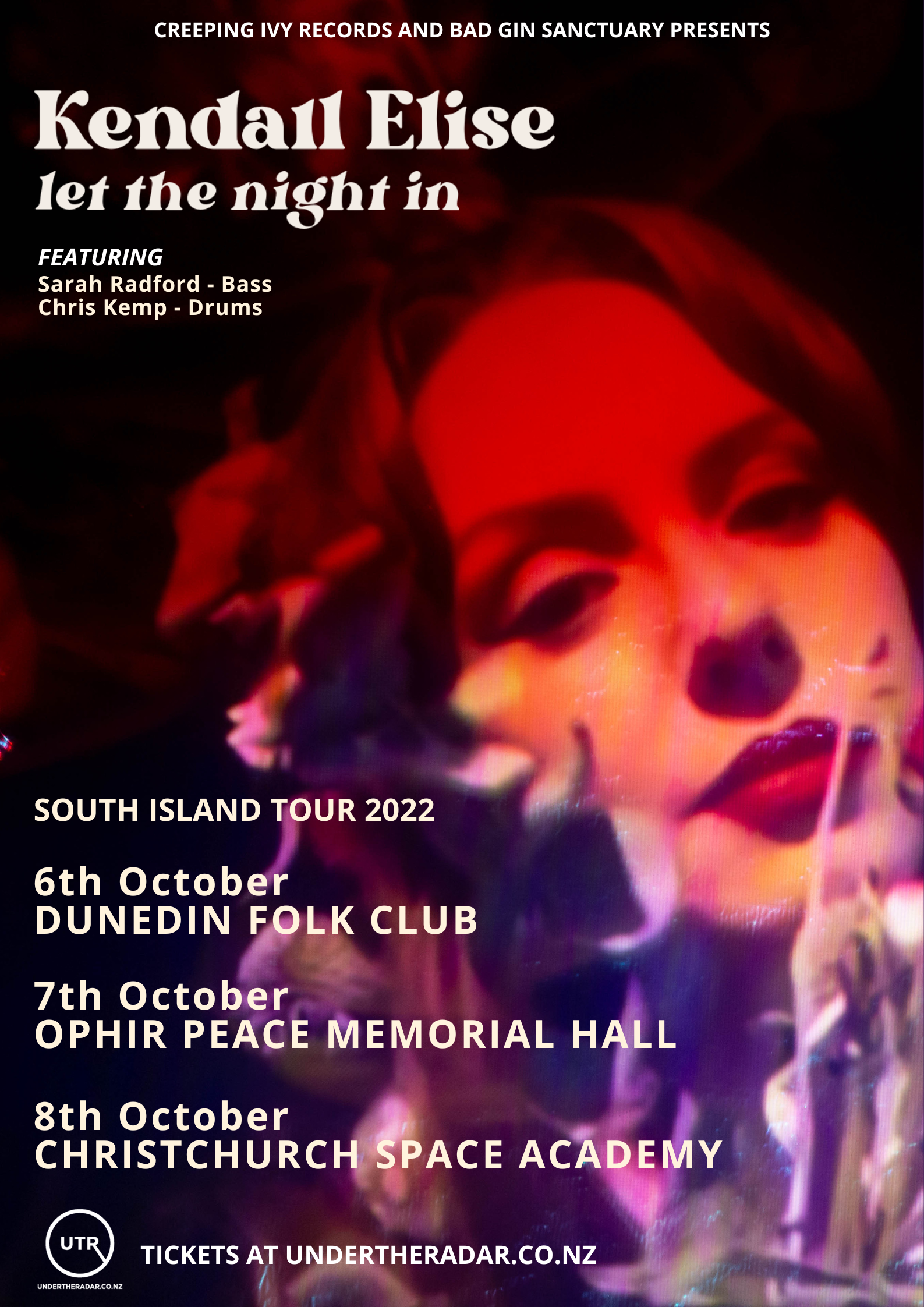 Roaming the range from soul stirring country-gothic ballads to full blown barnstormers, Kendall Elise’s dynamic live performances have silenced audiences, brought them to tears, made them laugh and brought them to their feet.
Returning to the South Island accompanied by Sarah Radford (Bass) and Chris Kemp (Drums) she will be playing songs from her latest album LET THE NIGHT IN along with a few old favourites.
With an impressive career to date, Kendall has toured with, and opened for the likes of Midge Marsden, Tami Neilson, Larkin Poe, Gin Wigmore and Bic Runga. Her debut album RED EARTH earned Kendall a spot in the Top 3 finalists for the 2020 Recorded Music New Zealand Best Country Artist. In 2021 she released LET THE NIGHT IN – Written and produced under mentorship of Bic Runga.

Let The Night In was recorded in lieu of her COVID-cancelled 2020 Europe tour – it’s sparing, stormy, sultry and stunning across all 10 tracks. – Cat Woods, Audiofemme

Kendall and her band The Belgraves have been taking LET THE NIGHT IN on the road all around New Zealand – This from the Ambient Light review of her Auckland release tour show: