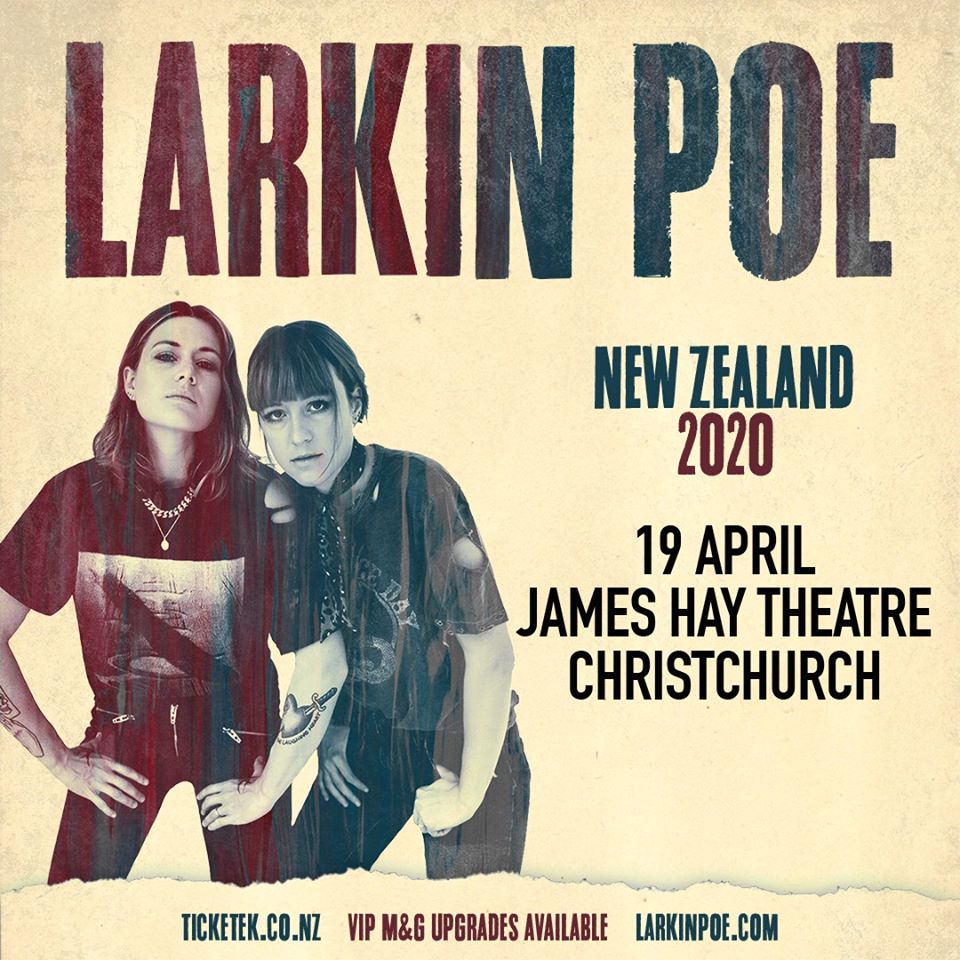 Rebecca and Megan Lovell, the multi-instrumentalist sister duo are descendants of tortured artist and creative genius Edgar Alan Poe and ‘Larkin Poe’ was the name of the sisters’ great-great-great grandfather.

The Lovell sisters are known for blending Haim-esque vocals with guitar riffs and their viral videos, now over 500k views, of their skilled covers of Robert Johnson, The Allman Brothers, Blind Willie Johnson and Chuck Berry amongst many others have added to their notoriety. As a result they have played backing musician slots for artists such as Elvis Costello, Don Henley, Jackson Browne and Conor Oberst. As Larkin Poe they have performed at the 2014 and 2016 Glastonbury Festival, Bonaroo, and Lollapalooza.

Originally from Atlanta, the now Nashville based sister duo are poised to make a mark all their own with the release of their fourth album Venom & Faith’ was released on Friday November 9, 2018. According to Rebecca Lovell “It’s a celebration of American roots music as translated by two sisters who are playing the blues in a modern age”. Rebecca, whose powerhouse vocals pair perfectly with sister Megan’s slinky lap steel to create an outlaw sound entirely unique to the two.

Creating their own brand of Roots Rock ‘n’ Roll: gritty, soulful, and flavoured by their southern heritage, Larkin Poe are on the rise and rise.
.