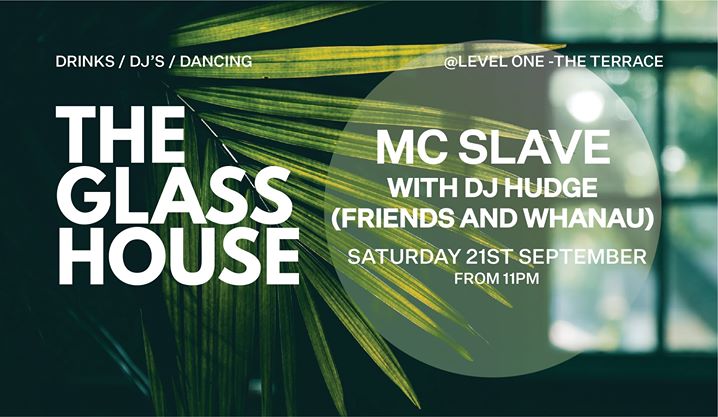 Mark James Williams aka M.C. Slave aka the Loggcabin is a Broadcaster, DJ, MC, Actor, Voice Artist & Award winning TV & Video Director & proud Dad, hailing from Auckland New Zealand.
Mark currently hosts The Loggcabin Radio Show, Sundays, 12 till 2pm (NZ time) on George FM in Auckland
(Hence the title of this tour), and tours the world as MC for the one and only Fat Freddys Drop.

Born in the U.S. and raised in Auckland City he began his music career at 17 with “MCOJ and Rhythm Slave”, a pioneering New Zealand rap duo in the late 80’s. The duo later went on to form “Joint Force” with DLT.

Hudge, a South Londoner with a love of Hip Hop culture both old and new. From being involved in the Hip Hop scene in London since 1989, Hudge moved to Aotearoa with his wife and daughter in 2012 and after his debut in NZ at The Turnaround, Hudge joined up with T Rice on the Uptown Boogie show on George FM, played stand out sets each year at Splore Festival and has become a celebrated regular on Auckland’s club scene and opened award winning venue Neck of the Woods on Aucklands K Rd.

Hudge has recently left George FM to start a new show called Buggin’ Out on New Zealand’s newest radio station Music For The People! Tune in every Saturday 2-4pm NZT.