Nadia Reid – Out Of My Province 2020 NZ Tour – Christchurch 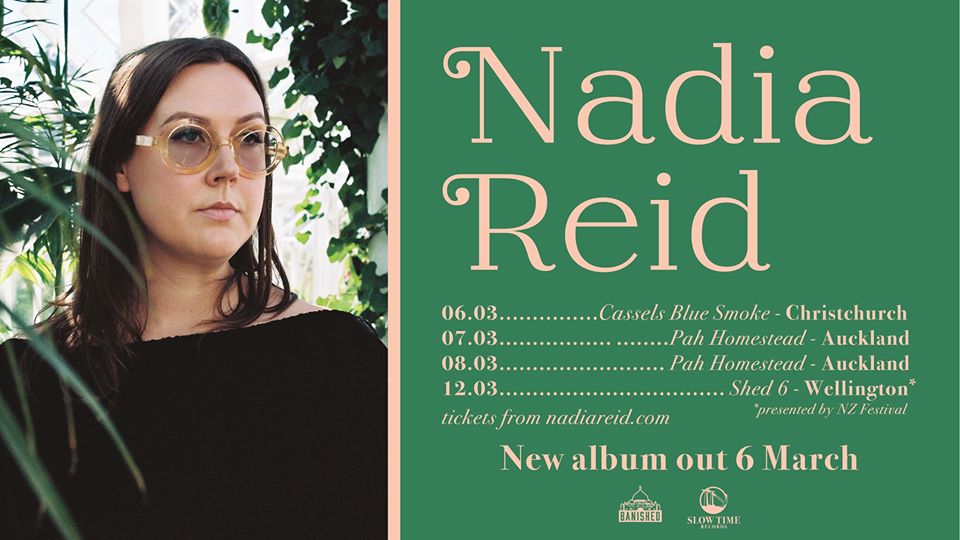 Nadia Reid has announced her new album ‘Out of My Province’, released on March 6, 2020 via Nadia’s own label Slow Time Records in New Zealand and Spacebomb Records for the rest of the world. The album release will be accompanied by an initial quick run of shows in New Zealand before she heads off for international touring.

*presented by the New Zealand Festival

The album features the lead single ‘Best Thing’ which has been released alongside a charming panoramic video filmed on location in Nadia’s beloved tūrangawaewae, Dunedin, Otago.

Nadia Reid – Out of My Province. March 6th, 2020
via Slow Time / Spacebomb Records

Pre-order Out Of My Province on vinyl (limited edition 180gm pink or standard black) and CD now: https://smarturl.it/OutOfMyProvincePhys