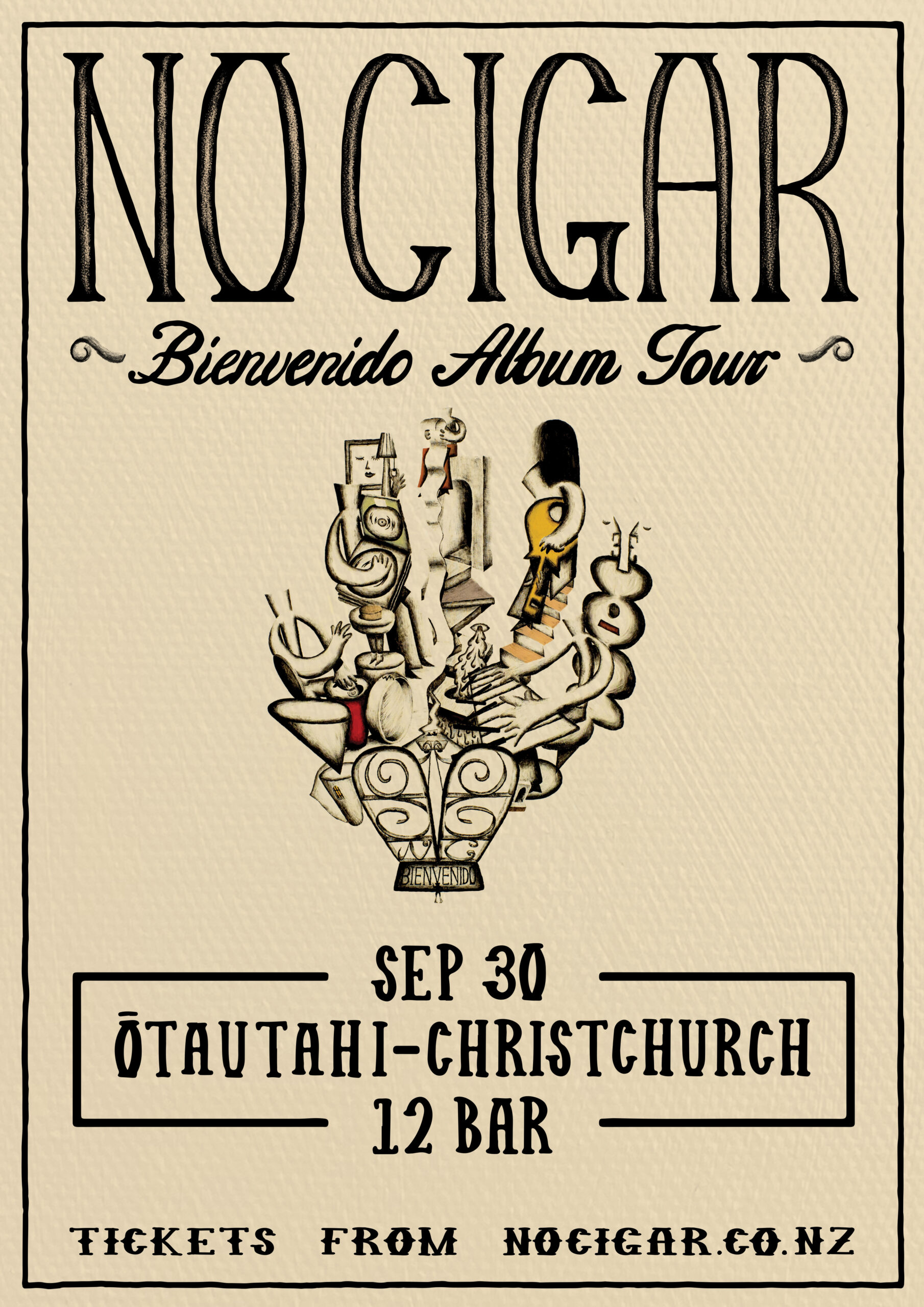 Tāmaki Makaurau five piece NO CIGAR embark on their biggest headline tour of Aotearoa this Spring. Taking in ten dates across New Zealand, NO CIGAR are touring in celebration of their debut album Bienvenido out this September. With single ‘Some Nights’ playlisted on ZM, Radio Hauraki and The Edge, NO CIGAR’s infectious chiller tunes have fast become a favourite with Kiwi fans.

Since the band’s inception in 2019 , the boys have grown a fiercely loyal fanbase while dodging lockdowns, playing sold out shows at Auckland’s Galatos, Tuning Fork, Whammy and Sweat Shop, opening for Mako Road at the iconic Powerstation and playing across the festival circuit including Rhythm and Vines, Outfield Festival and That Weekend. They have already surpassed over 2 million streams on Spotify alone with 50,000 monthly listeners.

With psychedelic undertones and groove laden guitars, NO CIGAR are masters of storytelling and are guaranteed to get your toes tapping and your soul singing. With plenty of live shows already under their belt fans are encouraged to get in quick to purchase tickets.