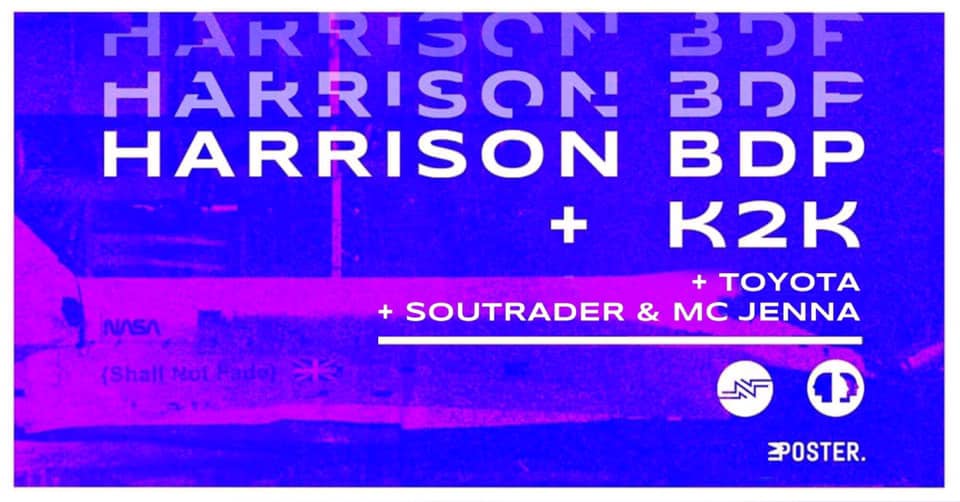 This March, Notion and Heads Together are teaming up to bring one of the most exciting artists of 2019 to Christchurch

Join us as we welcome Welsh wonder
producer, Harrison BDP for an exclusive one off NZ show

His unique style, taking influence from house, minimal, garage and techno, saw him win DJ Mag Award’s best breakthrough producer of 2018. With a string of releases across labels such as Phonica, Lost Palms, Artesian Sounds, increase the Groove and Shall not Fade, it’s no surprise he is quickly becoming recognised as one of the rising stars of modern house music

To add fuel to the fire, K2K will be flying down from Auckland to join him, with local support to be announced in the coming week.

Shout outs to Becca Barclay on the Design

A note from the promoters –

Leave your bad attitudes at home.
If you are viewed to be intoxicated by security you will be not allowed in.
Drug use is illegal and will not be tolerated.
Tagging someone else’s property is lame. Don’t be lame