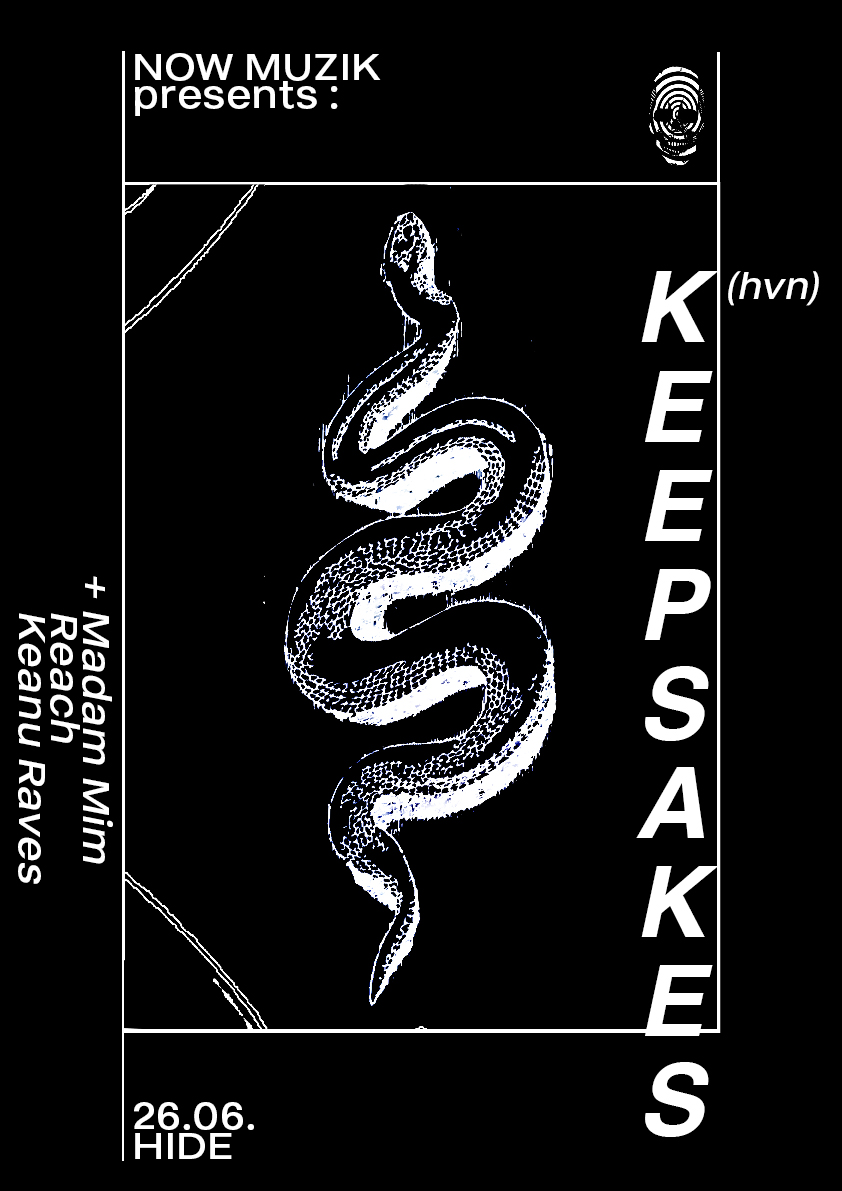 Keepsakes, the alias of British-New Zealand producer and DJ James Barrett, has been a strong and distinctive voice in techno since rising to fame through his Stygian Concrete Works and Weapons Grade Manic EPs back in 2014. Since then he has showcased his powerful and menacing, yet often cheeky and playful, productions on influential labels including South London Analogue Material, Perc Trax, MORD, and Mindcut.
Furthermore, he founded the Haven club night alongside Jaded Nineties Raver in Tāmaki Maraukau, Aotearoa (Auckland, New Zealand) in 2015 – aiming to introduce clubbers to the experimental and harder side of techno in a city completely devoid of this music. In 2018 Haven also expanded into a vinyl-focused record label – going on to release many leading international artists including VTSS, Tommy Holohan, New Frames, Peder Mannerfelt, Ayarcana, Ansome, and Ryan James Ford, as well as becoming the main home for Barrett’s own productions.
Now located in Ōtautahi (Christchurch) – following several years in Berlin hitting the European club circuit – he is focused on bringing his tough and eclectic sound to dance floors worldwide, with regular appearances at international techno institutions providing a platform for his formidable vinyl DJ sets