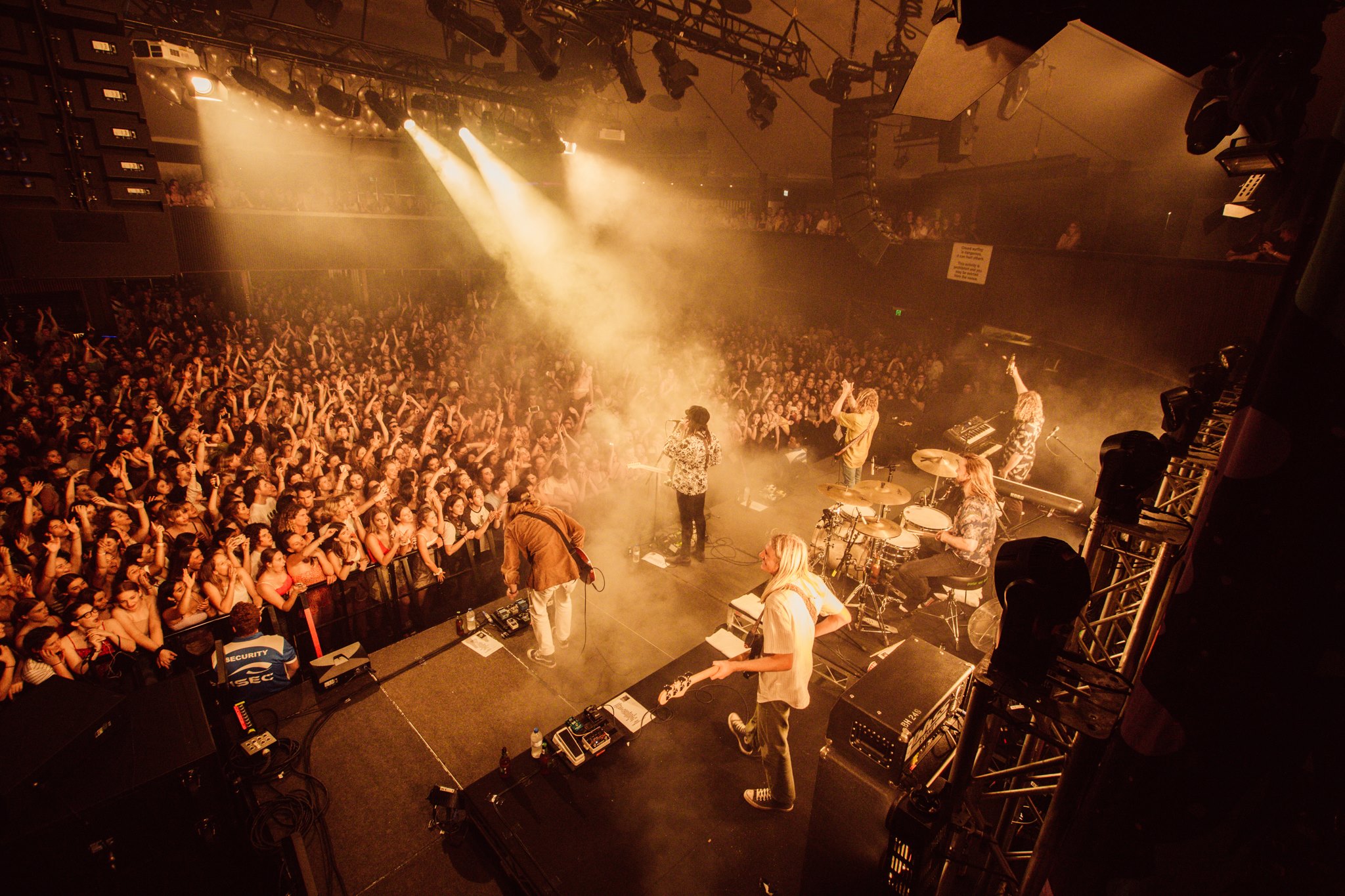 *This is the only place to purchase official tickets to the show. Do not buy from Viagogo and be careful if reselling or purchasing tickets anywhere that is not this location.

Australian psychedelic surf rockers Ocean Alley are returning to New Zealand for their biggest national headline tour yet. Their last run of New Zealand headline shows in August 2017 was a sell out and the lads have steadily built on each and every tour they have done on our shores.

April 2019 will see them headline Auckland’s iconic Powerstation for the first time, along with stops in Wellington at The Hunter Lounge and Dunedin’s Union Hall before rounding out the tour in Christchurch at the recently opened Town Hall.

2018 has been a bumper year for Ocean Alley. In March they released their hotly anticipated second album Chiaroscuro which to date has racked up over 18 million streams worldwide, while their full catalogue has amassed over 40 million streams! Triple J declared it a ‘sun drenched, genre bending delight’ while The Music named it one of the ‘Top 30 Albums of 2018 (So Far)’.

Ocean Alley have spent the majority of the year on the road smashing out just short of 100 shows in 10 different countries and 60 different cities, selling over 25,000 tickets for their Australian dates alone! Rounding out their biggest year yet, the independent band have just wrapped up their final North American shows supporting Tash Sultana before returning to their homeland to ring in the New Year at the prestigious Falls Festival.

Tickets for all four New Zealand dates are on sale now from oceanalley.com.au. With the last tour selling out well before show dates, don’t miss out on getting yourself sorted.