An event every week that begins at 7:30pm on Wednesday, repeating indefinitely 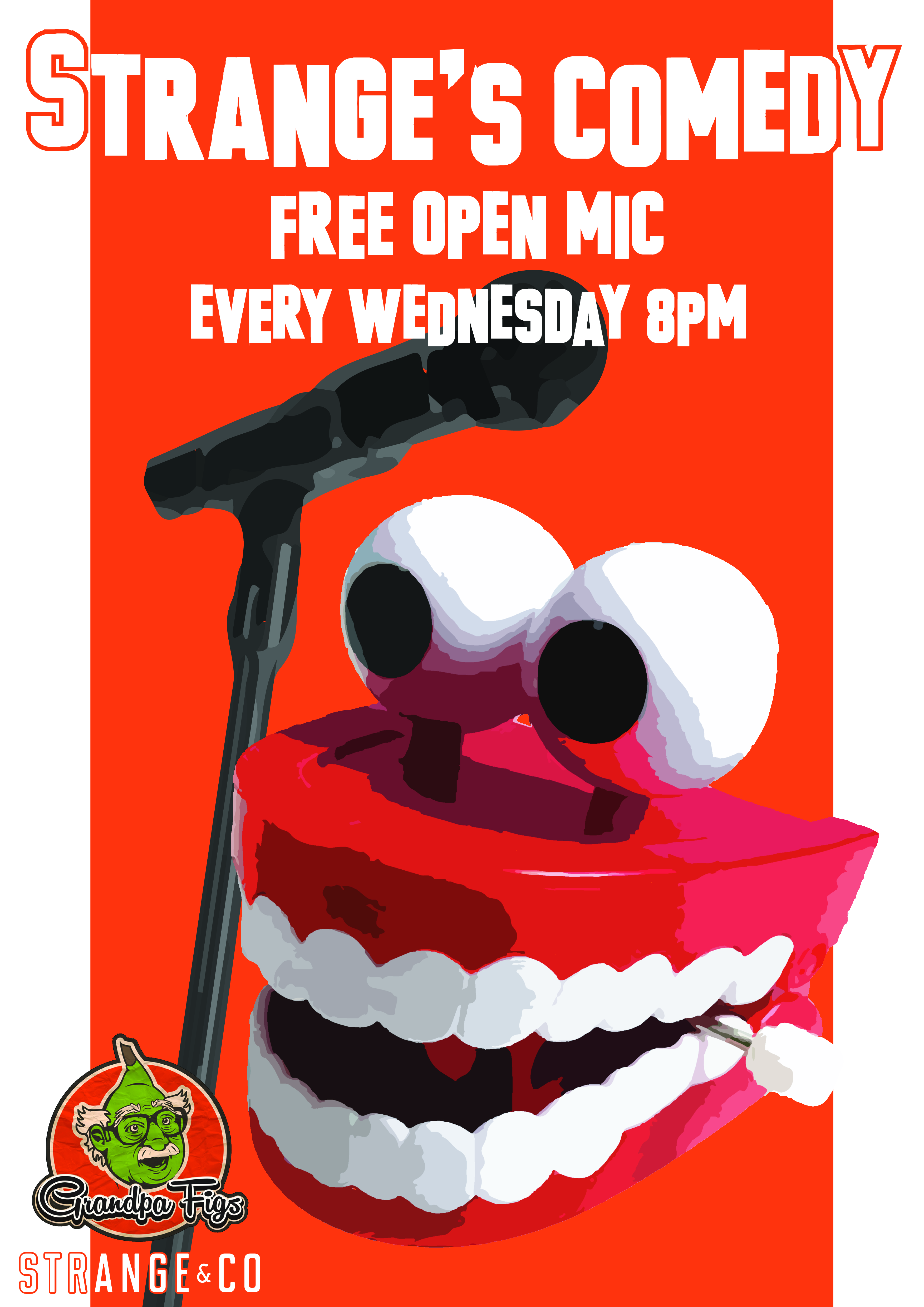 Strange’s Comedy!
Seats fill up fast so get in early!
Show starts at 8pm

Strange’s Comedy is one of NZ’s premier open mic comedy nights!
Come see the freshest talent giving it a go and some experienced pro’s trying out some of their freshest material.

It will no doubt get a little strange, heck it’ll even get a bit awkward at times, but you will be entertained! And what more could you ask for on a Wednesday night!?

If you’d like to get on stage and give it a go then email GrandpaFigs@gmail.com