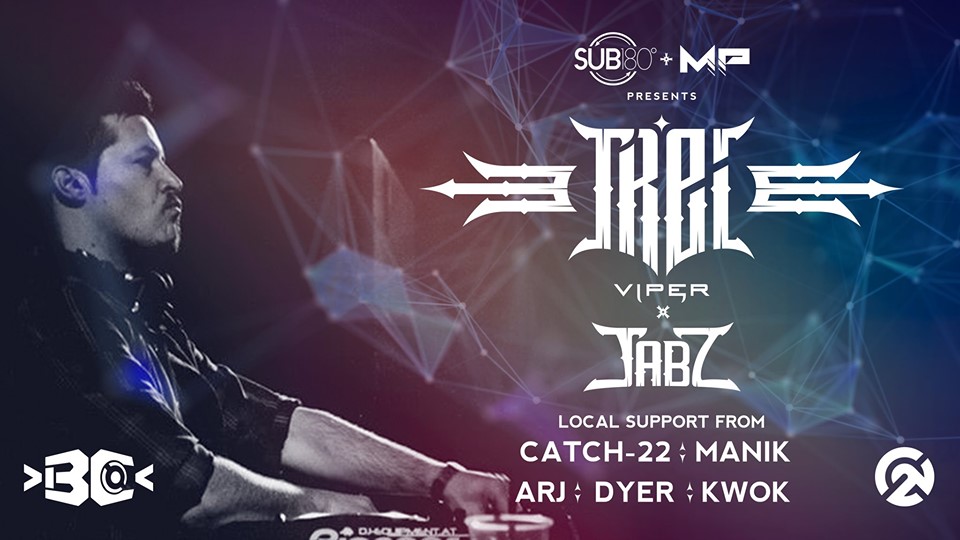 Why not finish your Queens Birthday weekend with a bang, you’ve got Monday off so no excuses…

And to double down on that, we’ve got the Boom Candy Rig thats sure to make your and knees shake.

Undoubtedly one of NZ’s finest international touring DJ / Producers; TREi, AKA Trevor Linnell, has been a leader in the Drum and Bass scene ‘downunder’ since 2007. With a slew of producers coming from Australia and New Zealand including Pendulum, The Upbeats, ShockOne, State of Mind, and Concord Dawn, TREi has made a name for himself with releases on prestigious labels such as: Viper Recordings, Technique, Commercial Suicide, SOM Music, Shogun Ltd, Samurai Music, and Uprising Recordings.

Gaining a reputation for his energetic and infectious Live DJ sets, by playing some of the biggest festivals on both sides of the equator and in clubs around the world, TREI is name further on the incline with a decorated history in the global Drum’n’Bass scene.

TREi’s association with Viper Recordings goes back to 2011 where he made his debut on the label with the single ‘The Light / Mumbo Jumbo’ and a series of tracks featured on various Viper compilations including ‘Habituated’ and ‘Placebo’, as well as his first Beatport #1 with the smash hit ‘Seeds’ in 2014. Following the success of ‘Seeds’, TREi released another huge track with Viper in the form of his remix of Tali’s ‘Forces’ from Viper’s ‘Decade of Viper’ 10 year anniversary album.

Finishing the year in style, TREi capped off an amazing 2014 with the ‘Empires EP’ released on Drumsound & Bassline Smith’s Technique Recordings. Receiving massive support from Friction on BBC Radio 1, the lead title track ‘Empires’ was selected as the prestigious ‘Friction Fire’ track of the week. Since then and now signed Exclusively with Viper Recordings UK, There have been a slew of releases including Chart topper “Seeds”, “Mirage”, “Get Down” an of course his remix of NorthBase & Ragga Twins – “What R U Doing”; spending a number of weeks on top of the Beatport charts at the beginning of 2018, This year has seen TREI steps things up with the anthemic “REBELS” ft MC TALI, Dancefloors smashers FOOLS RUSH & THE BENDS to name afew, and a stack of new unreleased material doing the rounds; 2019 / 2020 is looking set to take TREI afew steps further into the eschelons of Drum’n’Bass.