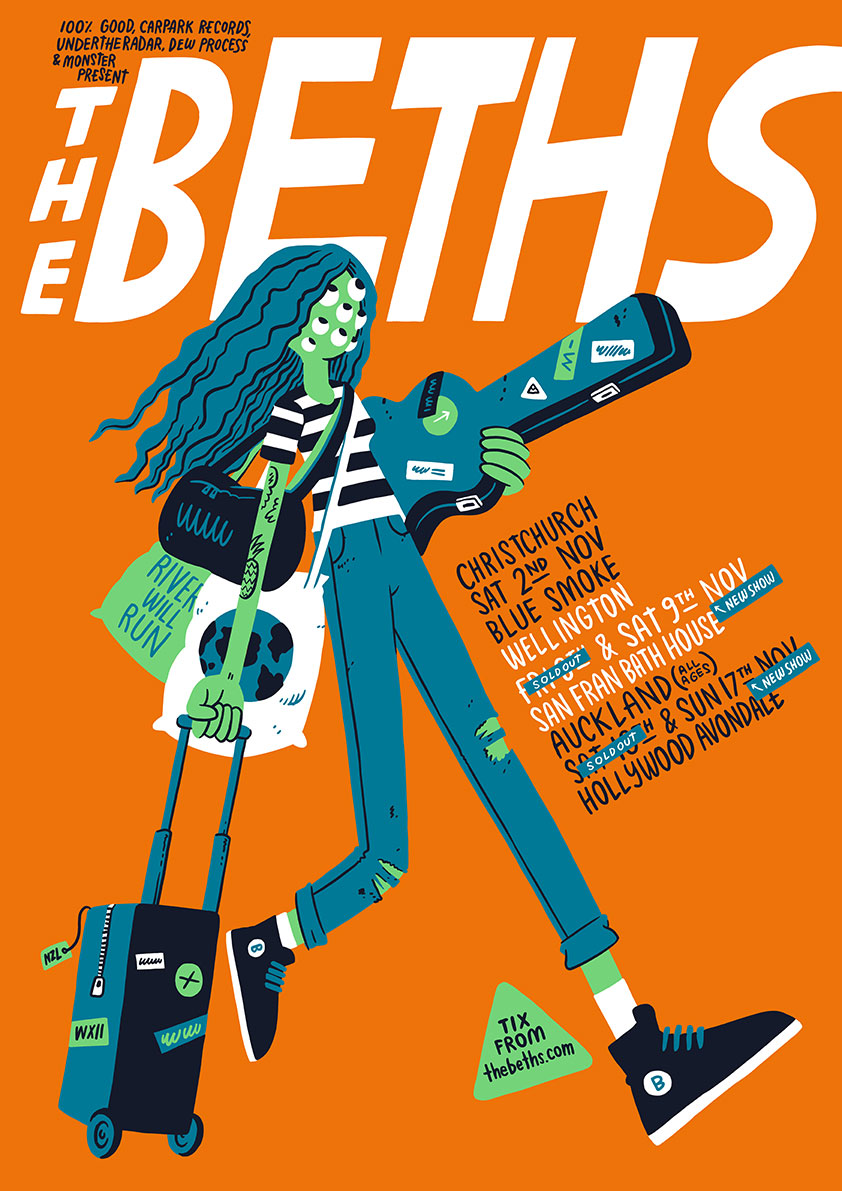 UTR Presents
2018 was the breakout year for The Beths, beginning with a signing to Carpark Records and Dew Process. Their debut album, Future Me Hates Me, was heralded as one of the year’s stand-out music releases, receiving praise from a myriad of respected publications and earning worldwide radio airplay. Pitchfork named it one of the most impressive indie-rock debuts of the year while Bandcamp hailed Future Me Hates Me album of the summer. Rolling Stone called Happy Unhappy Song of the Summer and named The Beths their Hot Band of 2018. To date, the album has amassed over 3M streams and been included on a number of best of 2018 lists, including Paste Magazine, NPR, Stereogum, UPROXX, ABC, PopMatters, the AV Club and the NZ Herald. The Beths was also named a finalist in the prestigious Taite Music Prize, nominated for New Zealand’s Best Album of the Year.

The Beths have toured relentlessly on the back of Future Me Hates Me, getting audiences hooked on their ebullient sound. After selling out shows across Australia, New Zealand, North America, the UK and Europe in 2018, the band are proving to be one of the most in-demand live acts on the planet. The Beths kicked off their 2019 supporting Death Cab For Cutie on their UK/European tour, following in quick succession with a North American co-headline tour with Bad Bad Hats and an appearance at SXSW. The Beths will soon embark on two more headline UK/European tours, another headline North American run and an Australian headline tour before the year is out. They will also appear at major international festivals including The Great Escape, Pukkelpop, Green Man, Primavera Sound, Best Kept Secret, Pickathon, Ottawa Bluesfest and Splendour In The Grass.

These special headline shows in NZ will be the last chance to witness The Beths on their Future Me Hates Me album cycle.