The Return Of Eat My Shorts 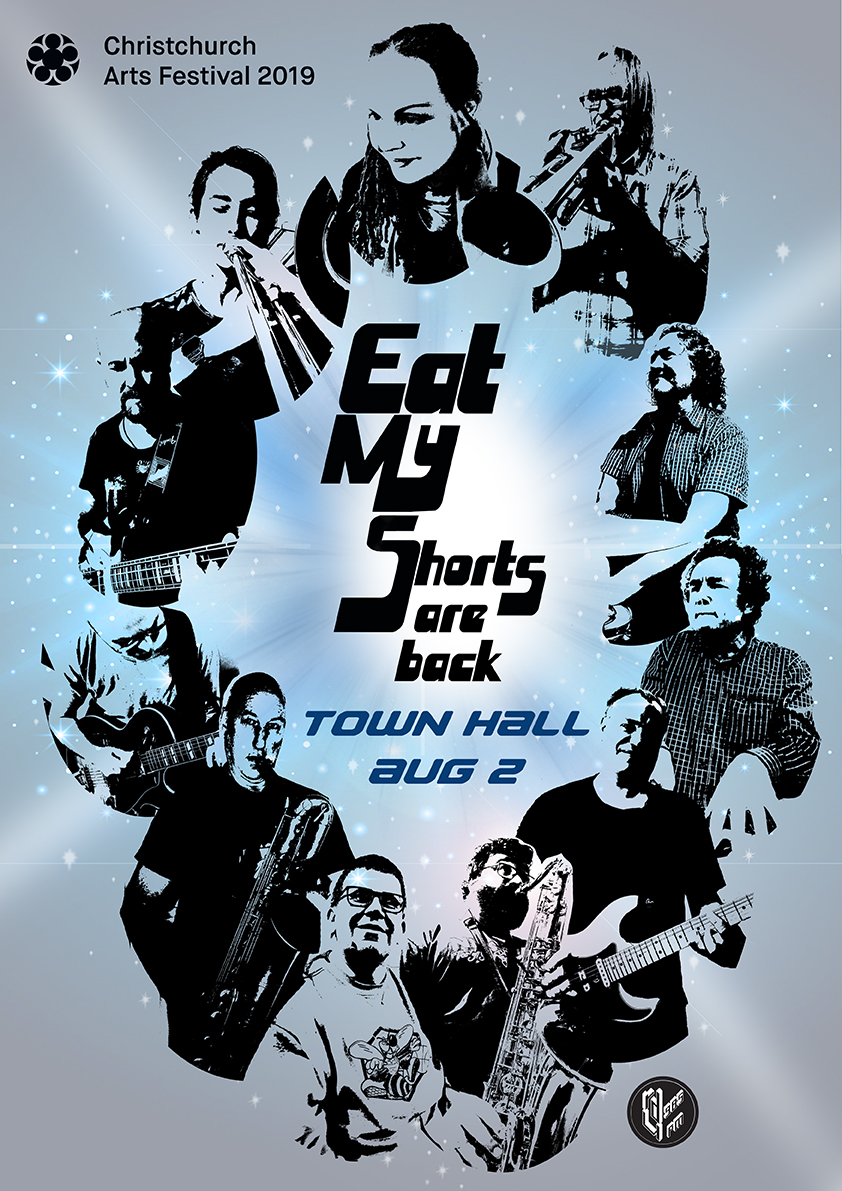 Eat My Shorts are an 11 piece funk band originally formed in 1991. They held a Friday night residency at Bardellis in the Cashel Mall and also played in such spots as the Dux De Lux, the Firehouse. Showcasing the music of what was then called “Acid Jazz”. Reformed for the Christchurch Arts’ Festival they have 3 original members and return to the refurbished Town Hall’s Avon Room (The old restaurant) with a night of high energy soul jazz. Covering such artists as Aretha Franklin, Otis Redding and James Brown as well as instrumentalists such as Grant Green, Harold Maybern and Jimmy McGriff. They are joined by special guest MC Tucker.