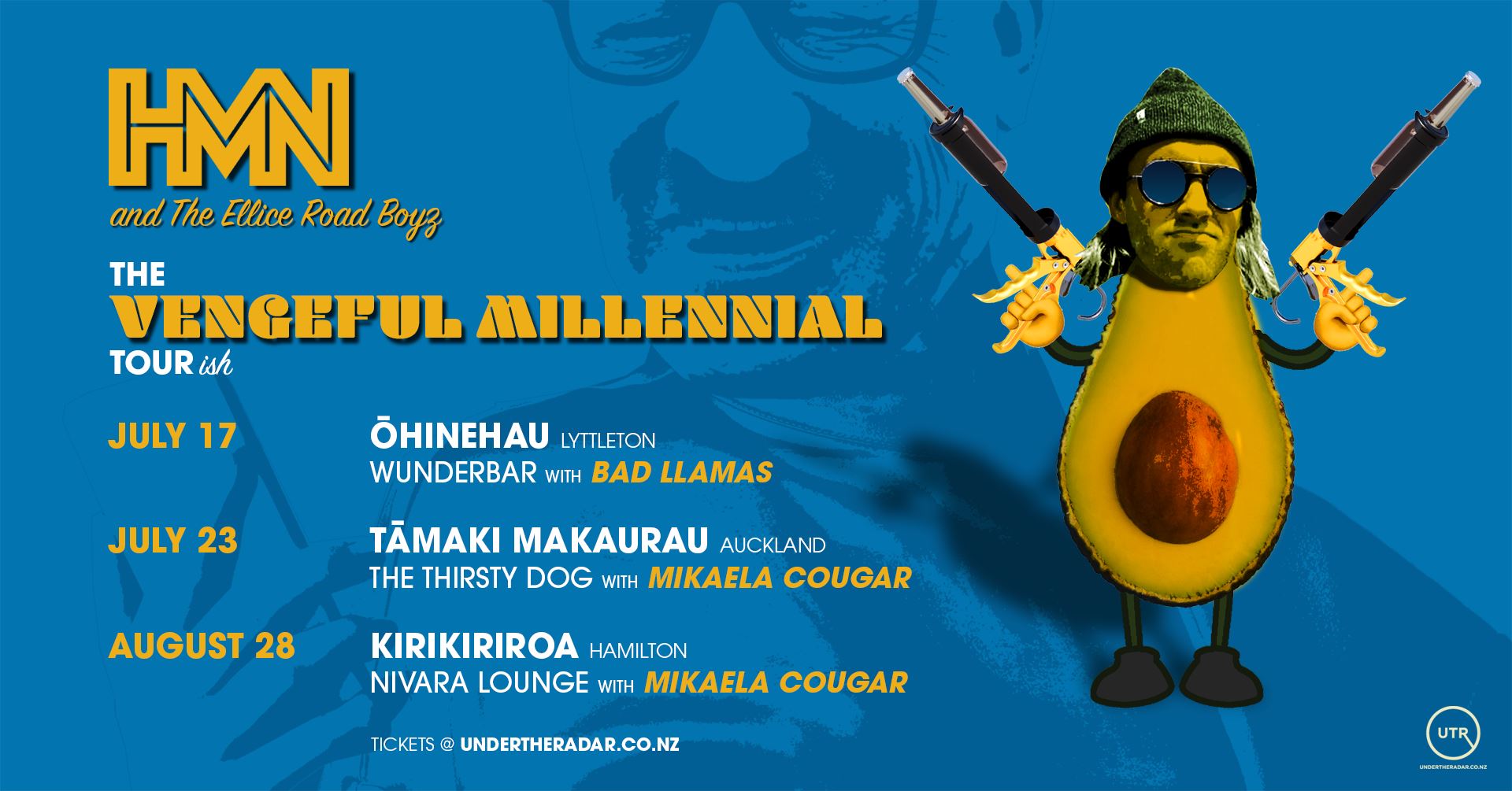 In an effort to get his A-in-2-G and finish his eagerly anticipated by absolutely none except his severely aging 2012 Macbook Pro desperate for hard drive space, debut EP Vengeful Millennial, Tāmaki Makaurau songwriter producer Harry Platt aka Hazza Making Noise is embarking on a short 3 date tour around Aotearoa with his band The Ellice Road Boyz.

Off the back of a summer doing nothing but frolicking around many of Aotearoa’s glorious natural landscapes and some moderate engagement from the latest single “NoMoreGaps”, HMN and The Ellice Road Boyz are certainly yet to be primed for their 3 shows in Ōhinehau (Lyttleton), Tāmaki Makaurau (Auckland) and Kirikiriroa (Hamilton) where they will be joined by Ōtautahi indie rockers Bad Llamas for the show on the Mainland, and Tāmaki Makaurau songwriter Mikaela Cougar for North Island stops.

“Are we prepared?” says frontman, songwriter, producer, typical creative dictator personality Harry Platt, “Probably not… but we’ve tested these shows as constructs in our heads in anticipation that it would happen. We all knew I’d get bored at work one day and just book some shows, whiz out some amateur graphic design and call it a tour. And here we are.”

“All things considered we are going to pull every lever we’ve got. And not in Labour Party kind of way. We are pulling these levers and going to put on a proper show. At the end of the day, I don’t really consider all these songs I’ve got to actually exist until they’re played in front of a live audience.”