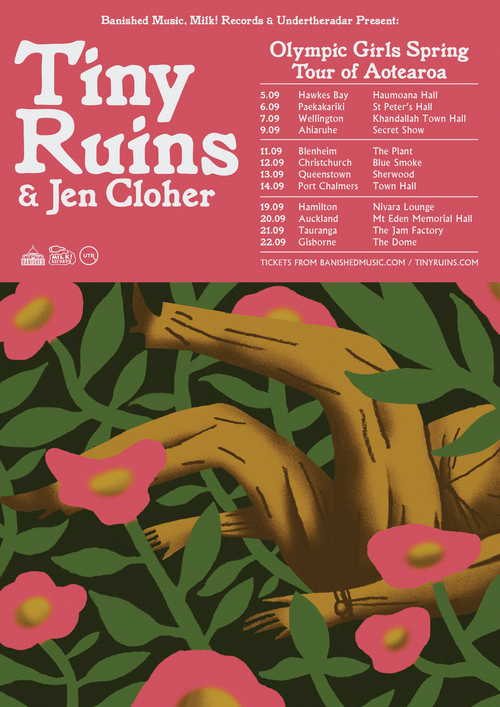 Tiny Ruins are returning to their homeland this September, to celebrate the global success of their third studio album Olympic Girls with a very special twelve date tour of Aotearoa. A collaborative work with creative input from all members of the group – helmed by songwriter Hollie Fullbrook, with Cass Basil on bass, Alex Freer on drums and Tom Healy on electric guitar – the magical and meditative Olympic Girls has garnered significant praise from such international tastemakers as The Wire and The New York Times, prompting the band play an extensive overseas release tour for much of 2019. Theyll be joined by Australian songwriter Jen Cloher, co-founder of Milk! Records (who co-released Olympic Girls) for the New Zealand September events, which will see Tiny Ruins play in concert halls and off-the beaten track venues across the nation.