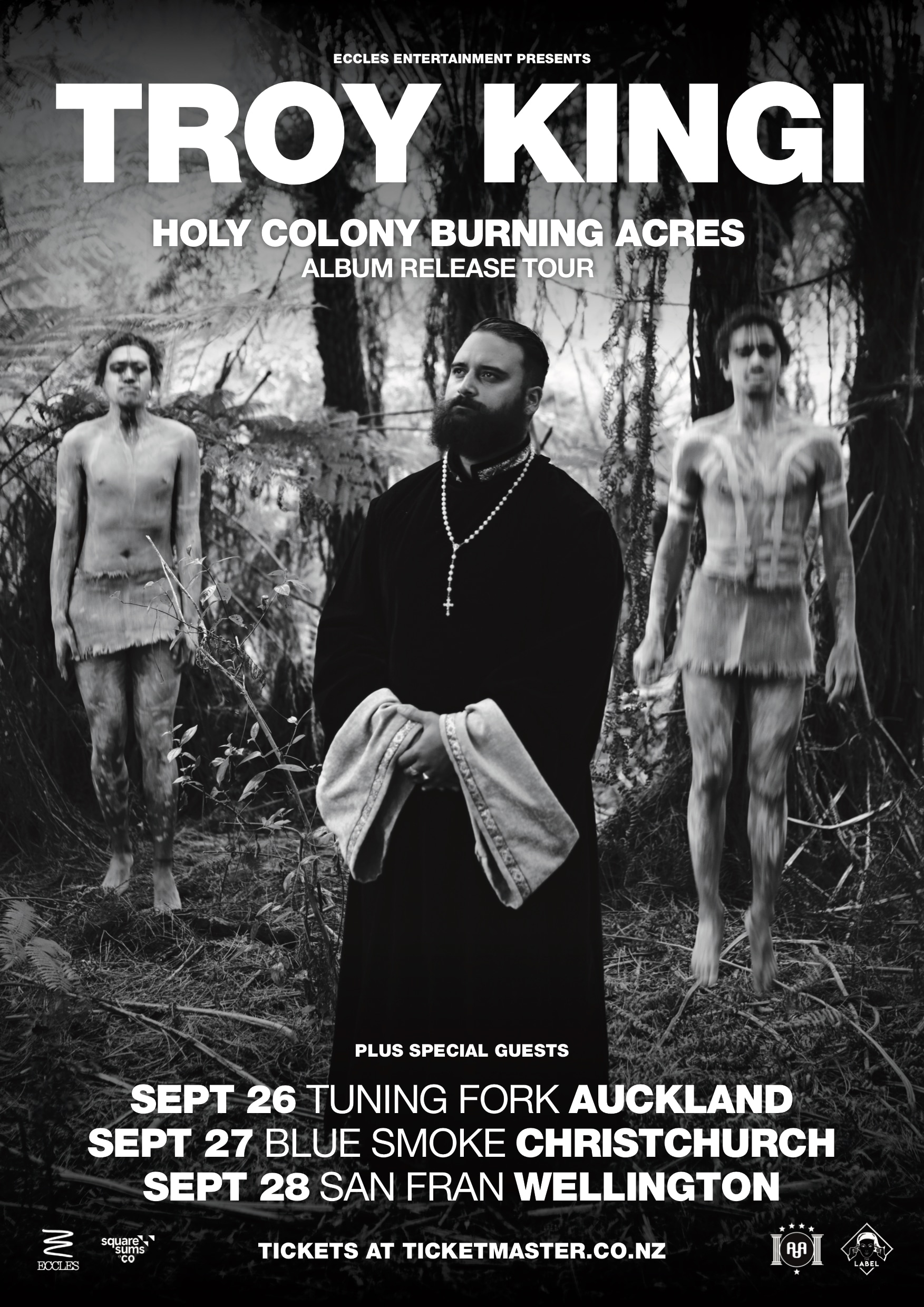 The new record is the third instalment of Troy Kingi’s aspirational 10|10|10 Series (ten albums in ten genres in ten years) and delves into the dark corners of worldly Indigenous politics, namely colonisation and its (c)rippling effects on today’s social climate.

A stark contrast to the space psychedelia of Kingi’s sophomore offering ‘Shake Your Skinny Ass All The Way To Zygertron’, Holy Colony Burning Acres is a motivated commentary on Indigeneity wrapped in an electrifyingly 70s-styled deep roots/reggae offering reminiscent of such bands as The Abyssinians, The Upsetters and The Congos.

A hard-hitting exploration of major issues facing Indigenous peoples all around the world through Troy Kingi’s distinctive sonic quality, vocal style and poetry, all underscored with empathic Marley-inspired political consciousness.