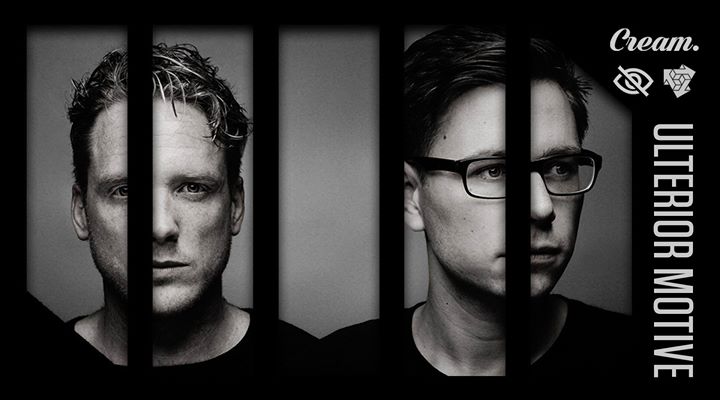 Clear your schedules, one of the purist acts in the whole scene are on their way to tear Hide apart: Ulterior Motive (UK / Guidance / Metalheadz)

Ulterior Motive are at the top of their game. Their debut album The Fourth Wall was exceptionally well received by press and fans alike, with award nominations and UK top 40 chart success following its release. At the end of 2014 the album regularly appeared within top 10 lists across all genres, a triumph for all concerned.

As DJs Ulterior Motive have performed at festivals and clubs across the globe to rapturous audiences, with the pair becoming known for their DJ sets from London to Colombia. As producers they have remixed notable artists, collaborated with the cream of Drum &
Bass producers and have been requested as sound designers for forthcoming projects in new media.

As Metalheadz goes from strength to strength so do Ulterior Motive. There is a firm commitment to quality over quantity that continues to set the label and the duo apart from their peers.