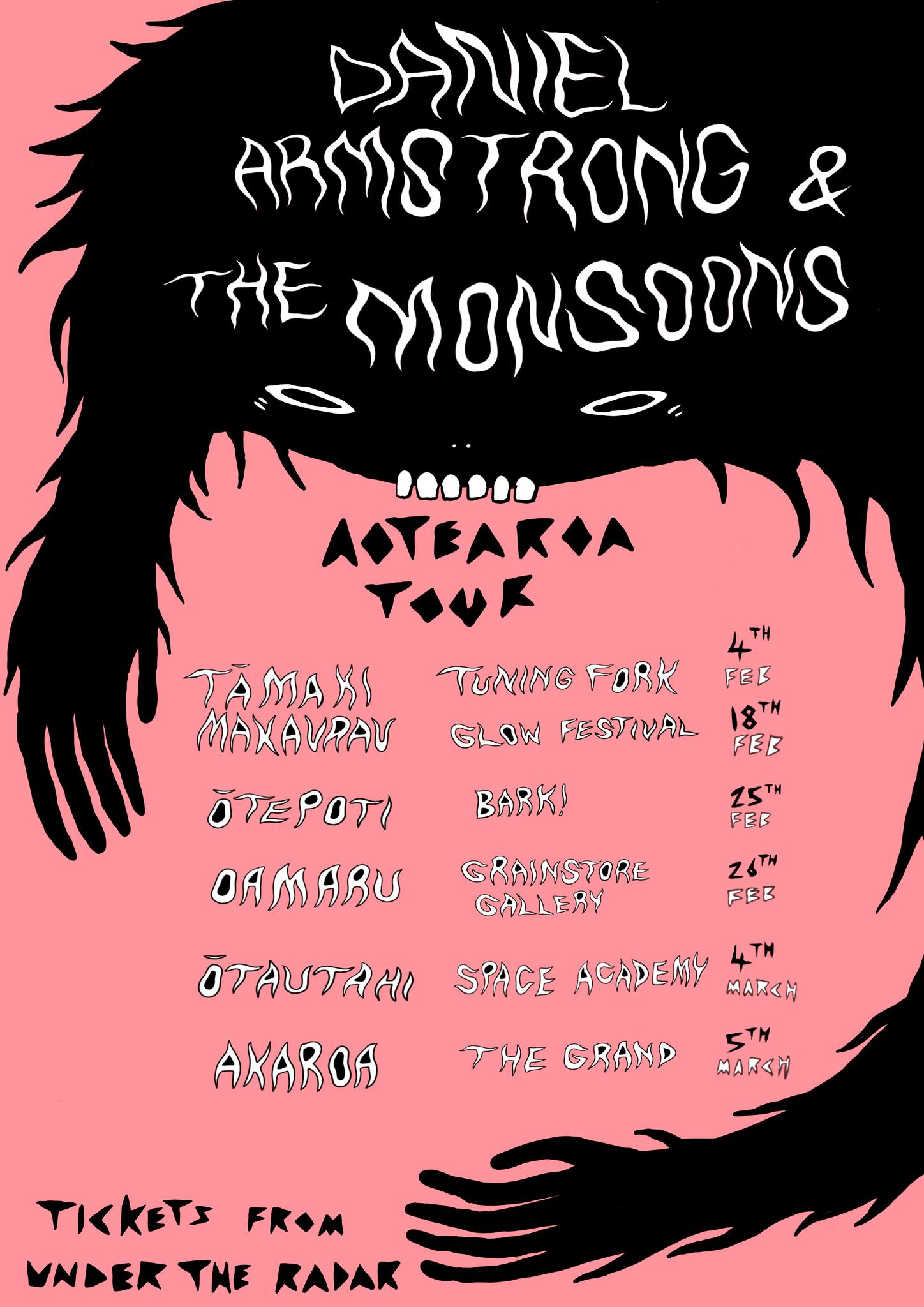 Bad Gin Sanctuary presents,
Daniel Armstrong & The Monsoons on their Aotearoa tour!
London born, Auckland based, indie/alternative songwriter Daniel Armstrong, claims, since the last record a lot has happened ‘new love, old love, a baby, betrayal, severed fingers, forgiveness and revenge’. He has teamed up with a 6 piece band including Violinist Jacinda Kumar, Organist Alex Rau, Drummer David Hampton, Bassist James Brooks, Guitarists Odessa Neilands, and James Crouch who complete the Monsoons.
The live shows thus far have been unpredictable. You can expect a calm string arrangement around Armstrongs vocal or an angry, energetic burst live show to a backdrop of 1930 film.
The new album ‘Everything is as is shouldn’t be’ is a commentary on living in an anti-culture bubble, that is separate and obsessed with a world that doesn’t exist outside of a cellphone, looking into an unknown future where technology has killed a big part of human existence. The album borrows in varying degrees from The Velvet Underground to Nina Simone, Scott Walker to Radiohead.
“With an indie-rock vibe emitting from Daniel’s Telecaster together with his melodic storytelling, I found myself in a time capsule with the 60’s band The Velvet Underground and singer songwriter Bob Dylan to which the resurgence of rock and roll themes were polished and played upon.”
Auckland – Tuning Fork – February 04
Dunedin – BARK! – February 25
Oamaru – Grainstore Gallery 26
Christchurch – Space Academy – March 04
Akaroa – The Grand – March 05
Doors – 8.30
Music – 9pm
Tickets at Under The Radar!
+ Google Calendar+ iCal Export