Ha the Unclear ~ Out of the Water Tour 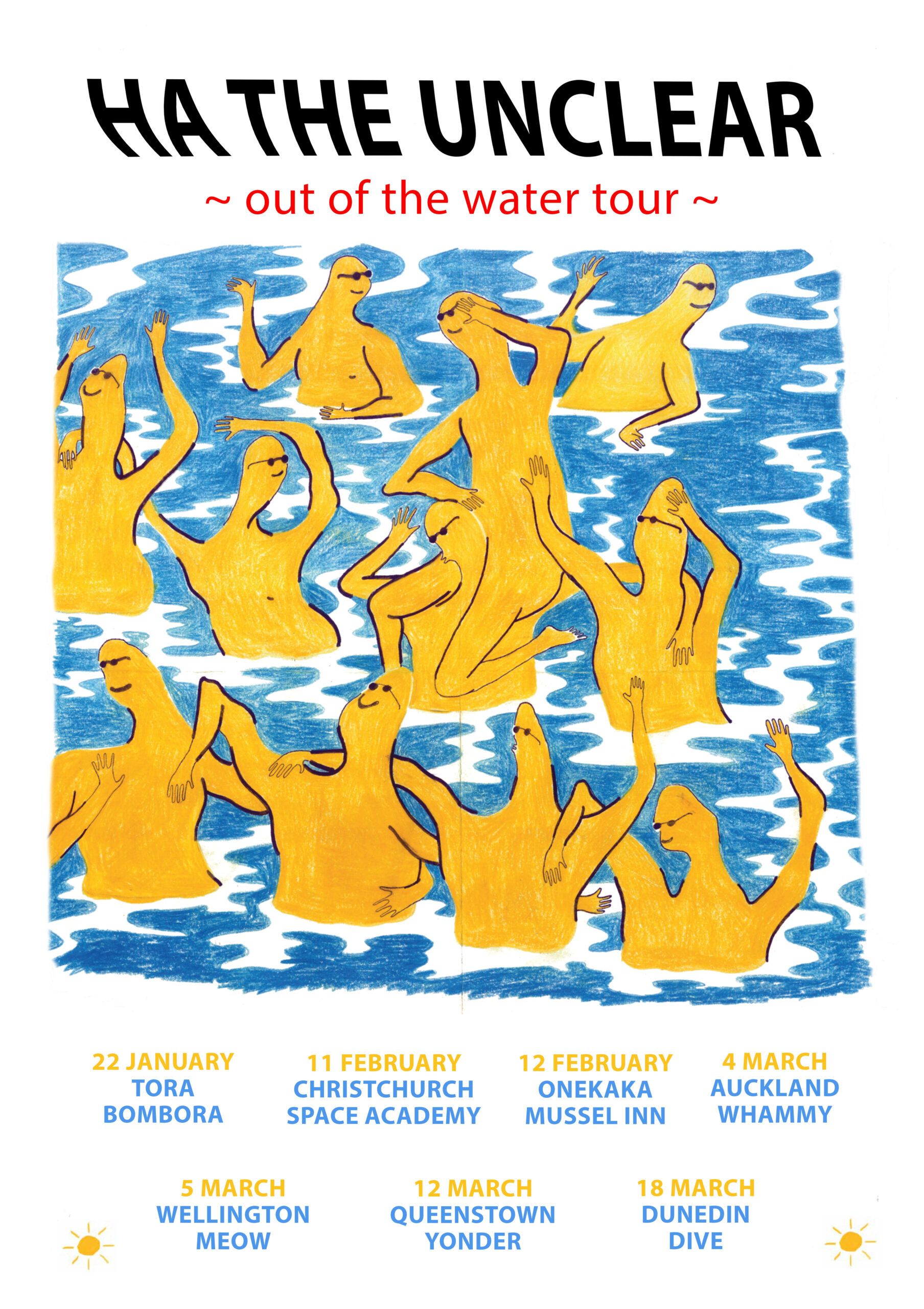 Dunedin/Auckland outfit Ha the Unclear embark on their Out of the Water tour performing their live bangers alongside new songs with curious working titles like ‘(I’m gonna die in a) Rented House’, ‘No Lemons in the Lemonade’, and ‘Even Artichokes Have Hearts (So Why Don’t You?).

An alt and student radio staple over the last few years with two critically lauded indie albums, their rambunctious live show has seen them perform with the likes of Courtney Barnett, The Shins, The Dandy Warhols and The Wombats and at NZ festivals like Rhythm & Vines, Cuba Dupa, Nostalgia, and Coastella.

Just before borders became impassable due to the pandemic, the band signed with French label Think Zik and performed at Paris’ MaMA Festival. Stranded in NZ, the band locally released the ‘Threads’ EP featuring the single ‘Strangers’ and the Sylvia Massy/Tom Healy produced ‘Julius Caesar’. With wider (re and new) releases shortly sailing via Think Zik, a flurry of writing over the winter months has the band all fizzed up to share the stage again for NZ summer.