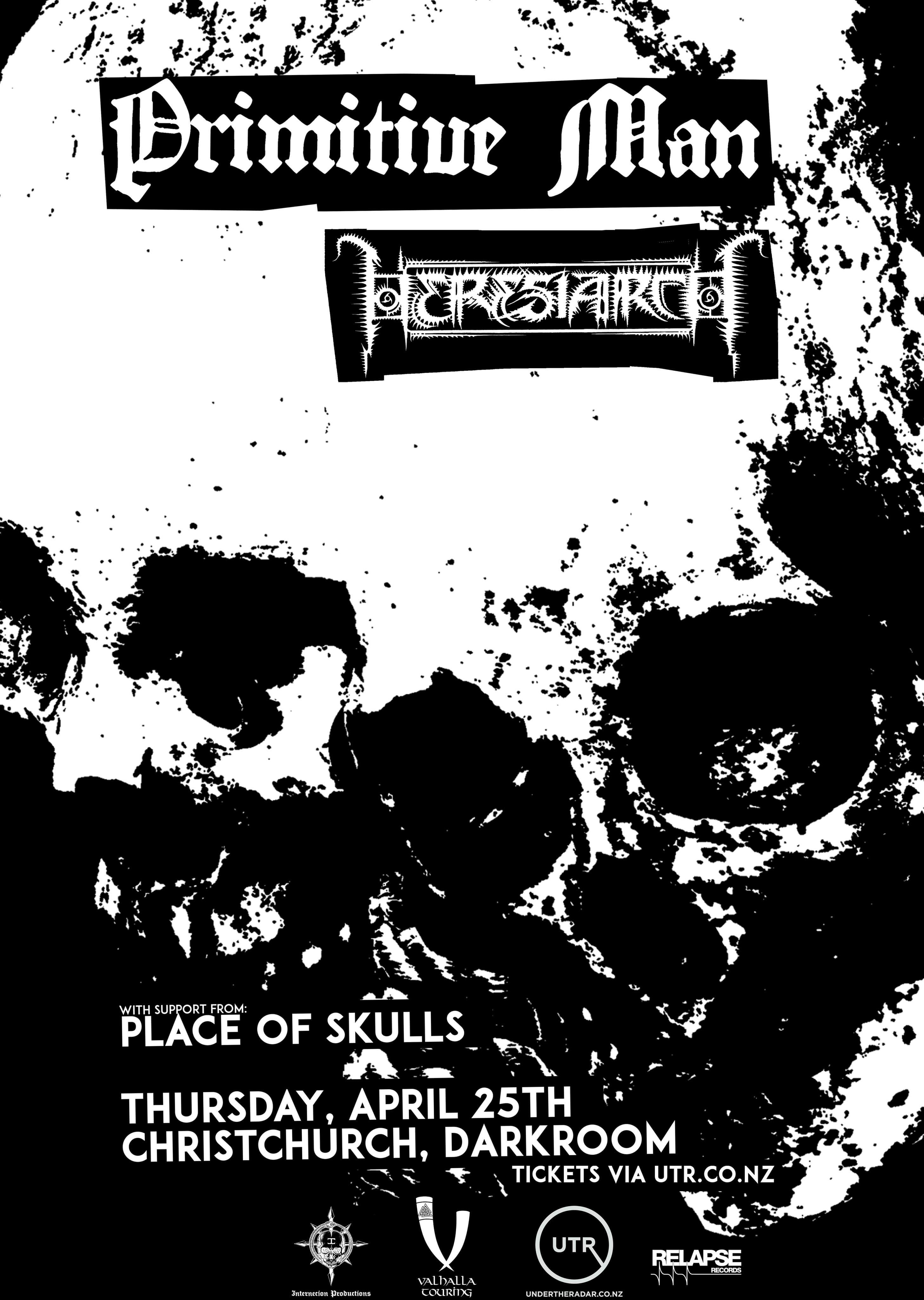 Denver’s PRIMITIVE MAN’s music matches its name: a savage, sparse mix of Death Metal, Blackened Noise, and Doom. The three-piece was formed in February of 2012 by Ethan Lee McCarthy and Jonathan Campos (all current and former members of Vermin Womb, Withered, Clinging To The Trees of A Forest Fire, Death of Self and Reproacher).

Since their formation, PRIMITIVE MAN has propagated themselves throughout the underground with extensive tours throughout the USA and Europe as well as releasing 2 albums, 3 demos and 7 splits. The addition of drummer Joe Linden sparked a black flame in PRIMITIVE MAN, moulding the band’s second full-length offering of soul-crushing blackened doom and noise-ridden claustrophobia entitled Caustic. 12 songs and 75+ minutes of bloodcurdling howls, abysmal tones and dense, unsettling feedback spewing forth a cesspool of utter misery.

PRIMITIVE MAN Is now set to suffocate New Zealand under the black pall of their misanthropic, oppressive dirges alongside the martial BlackDeath barrage of HERESIARCH.

Support from Place of Skulls