New New New & Under the Radar Present... Ha the Unclear: Strangers New Zealand single release tour On their most comprehensive NZ tour since the release of 2018 album Invisible Lines, and their first release since the Sylvia Massy produced single Julius Caesar, Ha the Unclear are performing six shows around New Zealand in October and November in celebration of new single Strangers; An emphatic celebration of that most common of all ground: temporally mutual existence. After a huge 2019… 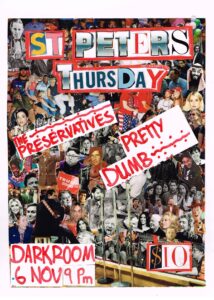