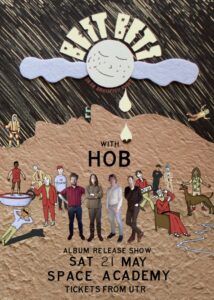 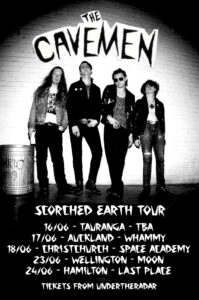 After completing their mind-bending 4-month world tour in early 2020 The Cavemen retreated to their respective lairs as plague swept the globe. Their crippling post-tour hangovers lasted almost 2 years, but they didn’t miss all that much during their hibernation. And now, rising from the smouldering ashes of a post-pandemic planet, THEY’RE BACK. Were lessons learned during the intervening years? Have The Cavemen matured, softened or grown since they last ‘Nuked Earth’? HELL NO. They’re tougher, drunker and dumber than…